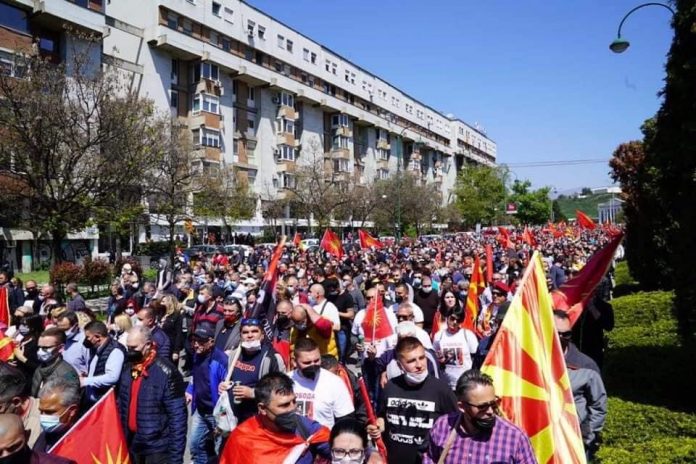 Even in the midst of a Covid pandemic, Macedonians couldn’t withhold their revolt at the policies and performance of the Zaev led government with 10,000 people taking to the streets in Skopje demanding early elections.

In a hopeful yet determined atmosphere, the crowd gathered in front of the government, singing songs before marching to parliament where opera singer Igor Durlovski sang the national anthem together with pop singer Andrijana Janevska. This was followed by reading the demands of the protesters.

The protest was supported by all Macedonian opposition parties, no party signs where displayed and face masks where worn by most people in the crowd. This was the largest anti government protest in Macedonia since the color revolution in 2016.

In a country where major government corruption and scandals are an almost daily occurrence, recently the US embassy has directly stepped in to coordinate country wide action that saw the arrest of a regional police commander and ministry of interior employees.

Selective justice is a norm, with no ethnic Albanian crime bosses arrested by the current administration – A large raid conducted in the area of Skopje failed in February due to a insider tip-off warning higher-ups to leave the premises targeted by the police.

Since the SDSM/DUI coalition came to power in 2017, Macedonia has sunk to its lowest position on the Amnesty International corruption index.

During its pre-elections campaign, SDSM made high promises of increasing the average salary, bringing the country to the EU, rooting out corruption and improving life in all segments. It has failed.

Zoran Zaev’s government failed to contain the pandemic by not procuring vaccines on time. Ill-timed measures to curb the rise in covid cases resulted in crippling the economy. The collapse of multiple industries created a 50% increase in unemployment year on year. 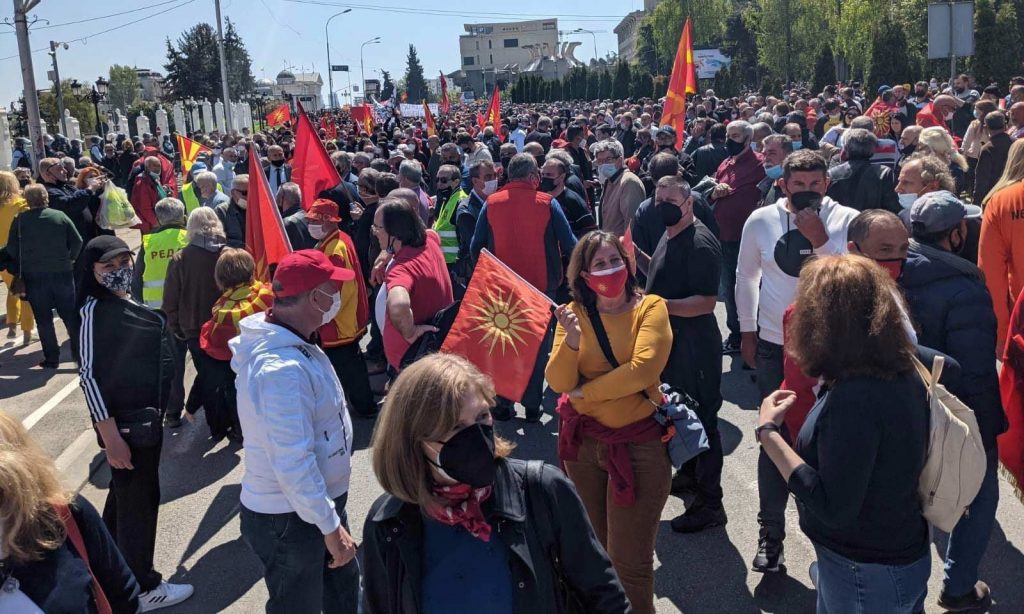 Dissatisfaction and anger with the government’s ethnic back door deals and cover up of the census methodology while insisting to hold a highly controversial census (link) in the midst of a pandemic continued to build mistrust amongst Macedonians as the country’s ethnic balance is on the line.

To add to the stew of controversies and scandals, the Macedonian public learned recently that close to 100,000 numbered birth, death and marriage certificates are missing from the State Registry and there have been many thousands of double ID cards – opening the way for potential electoral and census fraud.

In both cases, ill intended actors can abuse these resources for criminal and subversive goals. When it comes to national statistics, the Macedonian government accepted a Bulgarian IT firm to “donate” its software to be used in the population census – exposing a vulnerability to data manipulation, in a particularly sensitive time when Bulgaria has turned hostile towards Macedonia. 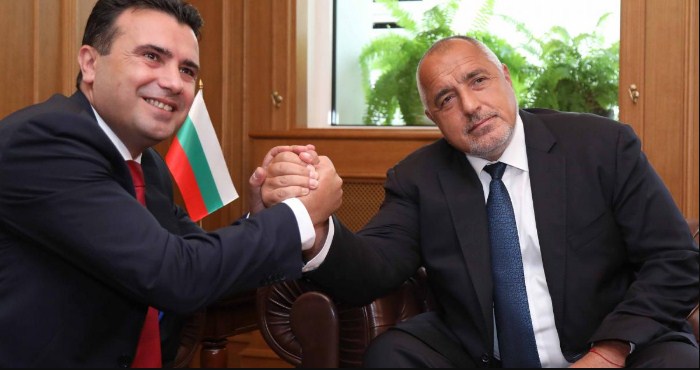 While Bulgarian government officials openly call for the annexation of Macedonia and suppress their Macedonian minority, the Zaev government has been negotiating the ownership of Macedonian national heros which form the foundation of the modern Republic.

In statements made by Zoran Zaev during his appearance in a Bulgarian talk show, he downplayed Bulgaria’s role as an occupier during World War 2. Tens of thousands of lives where lost in the occupation including the extermination of over 7000 Jews by the Fascist Bulgarians.

Negotiations with Bulgaria have come down to a form of blackmail, from which nothing good may come for Macedonians. On the contrary. With the sour-bitter taste of the Prespa Agreement still fresh, Macedonians have lost their human rights.

The protest called for the dissolution of The Prespa Agreement with Greece, which is in clear violation of the UN Charter on Human Rights, the Agreement states that Macedonian nationality as: “Macedonian/citizen of the Republic of North Macedonia” – citizen is not a nationality:

Article 15 of the 1948 Universal Declaration of Human Rights declares: “Everyone has the right to a nationality”

Bulgaria has now adopted Greece’s tactics and outrageously expects Macedonians to “admit” they are Bulgarians in order to open EU accession talks.

The protest on April 25 can be considered as public polling to the mass revolt of the current government’s inability to manage the state while selling off Macedonian national interests.