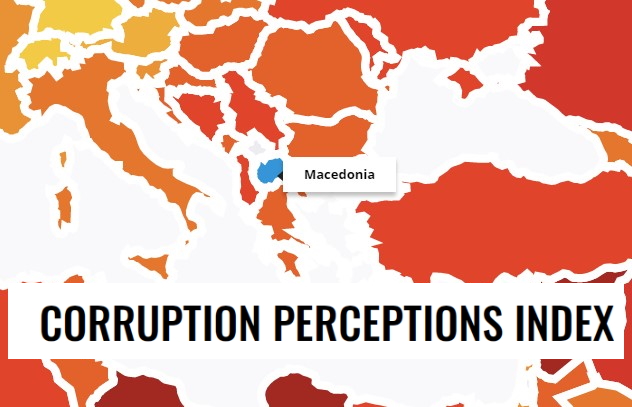 Macedonia had its best ranking on the World Corruption Index in 2014 when it placed 64th in the world – significantly better compared to the current ranking. The report has prompted opposition parties demanding resignation from the anti-corruption vice premier. The main opposition party VMRO-DPMNE has demanded a resignation of the entire government.

Ironically the fight against corruption was a pillar of the Social Democrats campaign that saw it taker power in 2016 – the government has since failed to cut corruption at all levels and work towards an independent judiciary.

In the latest findings of Slagjana Taseva, the director of the Macedonian office of Transparency International for the Macedonian government, stated, ” it hasn’t created a capacity to successfully implement mechanisms of control against illegal financial dealings.”

In its current position, Macedonia’s score compares to countries like Mongolia, Zambia, El Salvador and Sierra Leone. The only European countries that have a similar rankings as Macedonia are not surprisingly from the Balkans: Albania, Bosnia and Herzegovina and Kosovo, but also Moldova and Ukraine.