Police files charges for organizer of Sunday’s All Macedonian protest 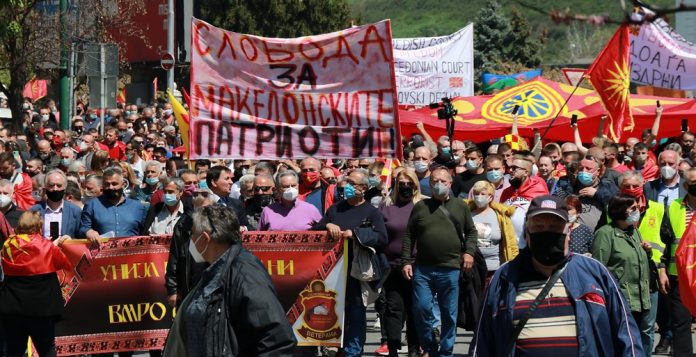 The Sector for Internal Affairs has filed charges the president of the World Macedonian Congress, Todor Petrov whom the authorities claim was the organizer of the large protest on Sunday.

According to the police report, Todor Petrov organized the protest without observing the active measures for protecting the population from infectious diseases, where the crowd reached around 10,000 people.

This is the first official charge against a political activist during the covid pandemic.

The Interior Ministry did not issue any charges against those who organized the violent protest demanding freedom of the terrorists jailed for the Monstrum case killings.

The charges against Todor Petrov demonstrate the administrations selective justice which tends to be applied against political opponents only.