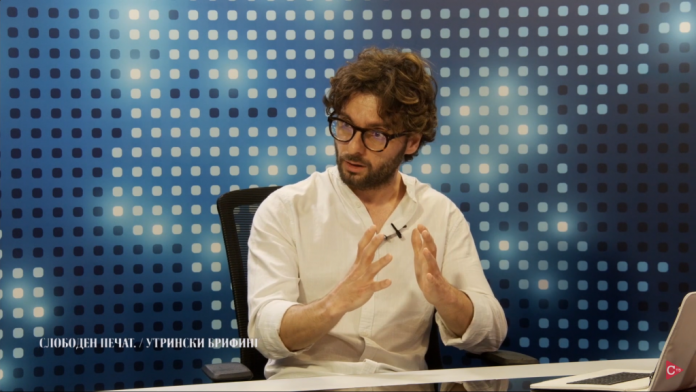 Speaking in an interview on TV24 on Sunday, Jovanovik emphasized that Zaev’s plan to bring an estimated revenue of 1.2 billion euros annually between now and 2027 is unrealistic.

According to the economist, Zaev’s plans in the field of energy are “copy-paste” projects that have been offered by every ruling party in the past 20 years.

Neither of these projects was realized, including the Chebren-Galishte dam, railroad to Bulgaria, producing energy from recycled materials and so on.

Jovanovik is most concerned about the plan to privatize state-owned land, including rivers and streams, as was announced by the Government in recent weeks.

“The majority of these projects are public-private partnerships, including those in the energy sector. The state has a minor stake in these – as little as 10 or up to 20 per cent.

This means, the Government is selling our natural resources and thereby selling out the state to companies – foreign or domestic, all the same,” said Jovanovik.

He concludes that the realization of the plan will be at the hands of a coordinative body consisting of private and state entities.

“You are not going to find any country in the world that delegates matters of state interest to private subjects.”

“If this plan is to go ahead, we are going to lose the state” he warned.

The current administration is visibly cash-strapped and looks to alternative means in order to bring revenues into the state budget.

Former Deputy Prime Minister for Economy, Kocho Angjushev, has been linked to the plan to privatize streams and rivers through companies owned by him and his brother.

Protests from activists and local residents have been staged in recent time against private hydroelectric dams, but plans have gone underway despite that.

According to those opposing the move, private companies will have ownership of the water that people use to irrigate fields – the only source of income, which is at the same time the same water that they use for drinking.