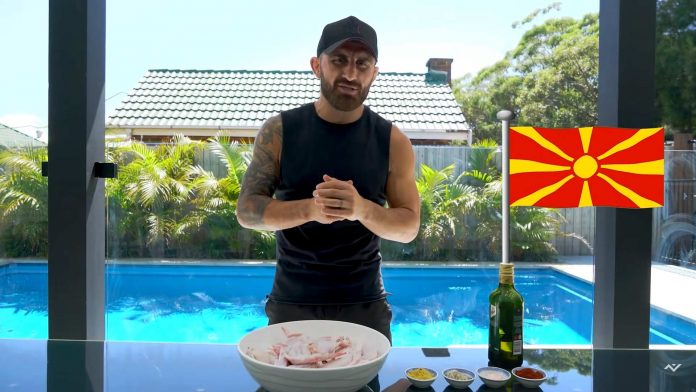 Reigning UFC featherweight world champion Alexander Volkanovski is known for defeating the division’s all-time best fighters and placing himself as the cream of the crop in the sport. With a second to non-work ethic and unstoppable cardio, but now the Australian UFC champ of Macedonian heritage is becoming known as the salt bae of the UFC, releasing a series of videos called “Cooking with Volk”.

In the series, Volkanovski goes on to show the recipes and cooking techniques for his favourite dishes. In episode 3 he features his father’s Macedonian recipes for chicken wings, potato salad and roasted capsicums.

For the rest of the dishes, check out Volk’s video below.

Facebook
Twitter
WhatsApp
Linkedin
Email
Previous articleAfter being rejected by Washington, Frckovski to be Ambassador to the UN?
Next articleStart of DUI’s local election campaign in Cair commences with gunfire [Video]