SDSM and VMRO leaders, Zaev and Mickovski, agree to move census to September 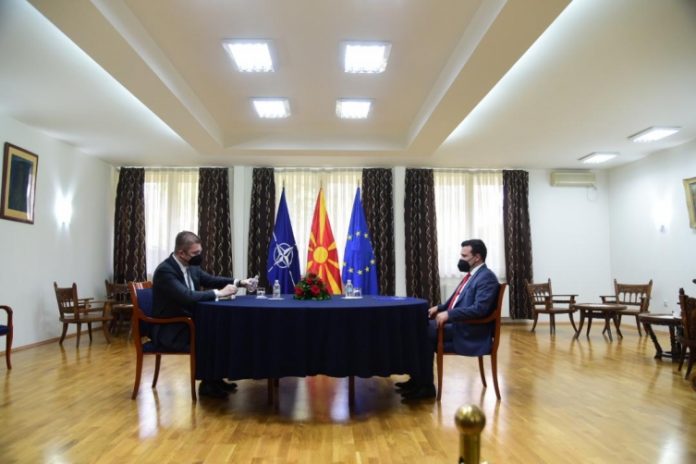 In a rare main party leader meeting, the Presidents of SDSM and VMRO, Zoran Zaev and Hristijan Mickovski met earlier today to discuss the issue of holding a population census in the midst of an epidemic.

Zaev and Mickovski have agreed that the census will be postponed until September. In the meantime, Macedonia will, at last, begin the process of mass-immunization of the population against the covid virus.

Media agencies have reported that the Ministry of Health is expecting 350,000 doses of the vaccine to arrive by the end of April. This will be followed by additional shipments of vaccines coming from a variety of makers.

The other topic of the party leaders’ discussion was the stalled work of Parliament. Mickovski stated that the opposition will work together with the majority coalition on laws that are important to Macedonia’s EU integration process.

At the present, there is still no information about whether Zaev and Mickovski touched upon the remaining contentious elements of the census – the methodology, the software which was dubiously donated by a Bulgarian firm, and the rallying call for Albanians to participate in the census that was sent out by ethnic Albanian politicians including the premier of Kosovo and Albania’s former president.