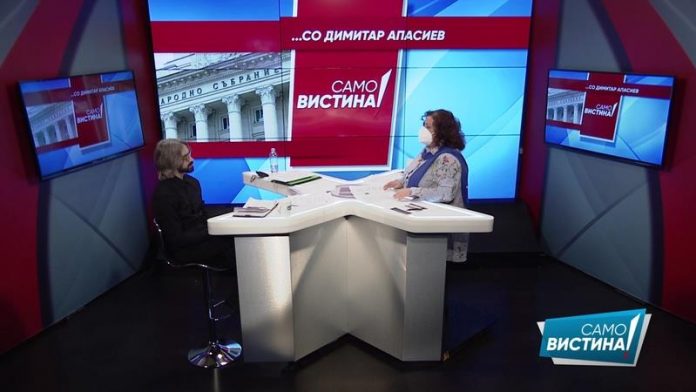 The television interview with Dimitar Apasiev, head of the socialist and far-left political party Levica (The Left), was interrupted by a sudden loss of electric power in the Kanal 5 television studio.

A brief from the TV channel issued following the program suggests the breakage was intentional. An electric shock had caused the main video and audio equipment and internet routers to fail. The uninterruptable power generators did not pick up following the loss of electric current.

During the live interview, Apasiev heated his rhetoric regarding the population census, which he and his party consider to be a political agreement between SDSM and DUI.

Apasiev, who is a university professor of Law, had qualified as unconstitutional the threats by certain government figures that those who boycott the census are going to receive financial punishment and a possible jail sentence.

Apasiev addressed the public that Levica is going to provide legal support for individuals who are targeted by the state for not opening the door. He said that no one was ever fined for abstaining from a population census and cited the example of ethnic Albanians having boycotted two previous population censuses.

Levica is part of the #NeOtvaramVrata (Not opening my door) campaign which encourages people not to participate in the contested and controversial population census which is going to being carried out in the middle of a covid pandemic.

The power outage occurred as Apasiev was making his case that SDSM does not have the capacity for winning votes from ethnic Macedonians due to evidence of its role in boosting the number of Albanian citizenships prior to elections.