Former Macedonian President: Don’t be afraid to point out those that censor and control Macedonian consciousness 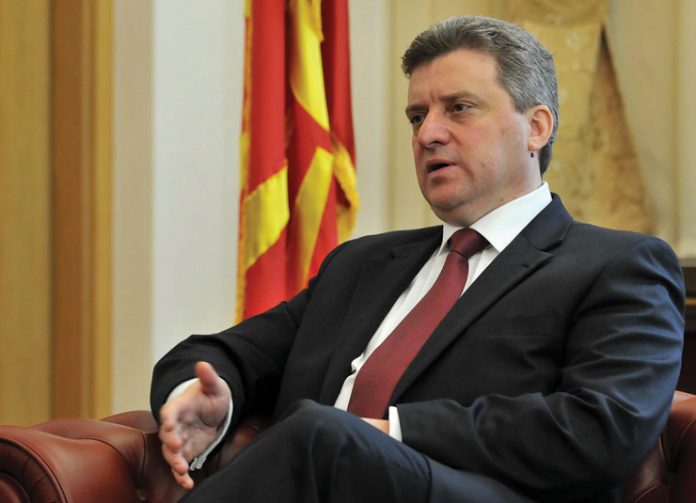 During his speech at the Macedonian Academy of Sciences and Arts on the topic: “The modern Macedonian state”, former President of Macedonia, Gjorge Ivanov took aim at the Government and those censoring and attempting to change Macedonian consciousness.

Today the Republic of Macedonia needs people more than ever, who, as he said, will proudly declare that they are Macedonians and part of the Macedonian nation.

As he explained, these are people who will not self-censor and who will speak with courage what Macedonia is.

Ivanov criticized the current government, saying that one mantra is constantly repeated: that we have no alternative but membership in the European Union.

“Today, Misirkov and his book ‘On Macedonian Affairs’ are seldom or not read at all, especially not by the current government and its advisers. The fear of opening and reading this book is from one’s own biting of conscience because everything that was and will be harmed and tarnished will be sacred for the Macedonians and for Macedonia,” he stressed.

The former president believes that the degradation of Macedonia is not only the work of the Greek Prespa Agreement and the agreement with Bulgaria, but that process deliberately started with the Ohrid Agreement.

With the Ohrid Agreement, despite all warnings, the Macedonian people have been reduced from a nationality to ethnicity – an ethnic group. Since then, everything was ready for what is happening to us today… With that, the Republic of Macedonia and the Macedonian people are plunged into a legal, political, historical abyss. The Pandora’s box is open and now almost everyone takes the right to deny what is our acquired right. And on several levels and on several occasions,” said Ivanov.

Attacking the Prespa Agreement, he said that during his presidential term he warned that such a “solution” to the Macedonian issue is a legal and historical annulment of the Macedonian people.

Facebook
Twitter
WhatsApp
Linkedin
Email
Previous articleMacedonian Australian Alexander “the Great” Volkanovski defends his UFC title in epic clash [Video]
Next articleAfter being rejected by Washington, Frckovski to be Ambassador to the UN?