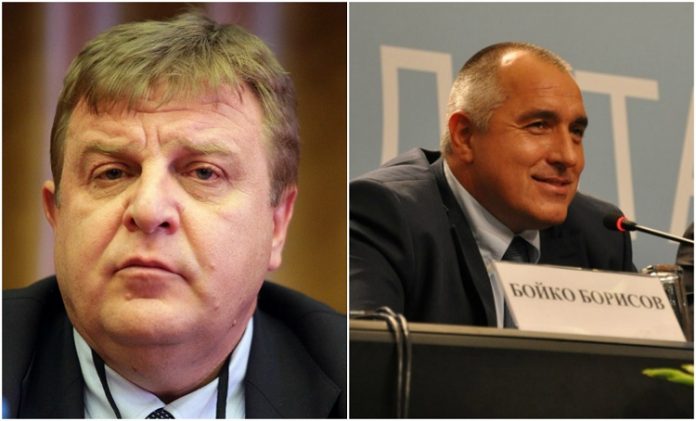 The main contender in the upcoming Bulgarian elections, the incumbent conservative-populist party GERB, has raised its nationalistic tone vis a vis Macedonia.

The end-result of this posturing is to double-down on the hard-line in the negotiations with Macedonia, despite calls from the United States and some EU member states that may be taken as a plead with Bulgaria to loosen its unreasonable demands.

Substantial concessions that meddle in the internal affairs of the country and violate the UN Charter’s right to self-determination would be another major blow to the Macedonian state following the Prespa Agreement.

GERB’s party program announces a “new page in foreign relations”, with a heavy emphasis on policies directed at kindling Bulgarian national sentiments in the “Bulgarian communities” living outside the country’s borders. This echoes an ethno-nationalist romance about Greater Bulgaria which has been nurtured as a deeply-rooted sentiment in many Bulgarians.

Bulgarian media recently reported that there are more than 80,000 Macedonian nationals who are Bulgarian passport holders residing on a single address in Sofia. This gives Bulgaria a reason to speak on behalf of people who are potential or current economic migrants into EU countries, made possible by obtaining a Bulgarian passport.

In addition to announcing a fight for the “Bulgarians in Macedonia”, GERB has promised its voters its government will care for Bulgarians living in Albania, Kosovo, Serbia, Moldova and other countries.

Problematic for Macedonians is that Bulgaria pretends to render the Macedonian ethnic minority of Albania and Kosovo as Bulgaria by means of issuing passports and other benefits.

Bulgaria has actionable leverage over Albania as it can block their EU integration process if they do not accept the artificial creation of a Bulgarian minority within their country.

The same applies to the Macedonian Muslims of Kosovo, known as Gorani, whom Bulgaria seeks to present as Bulgarians on account of their native language, which is Macedonian.

All of the above suggests Bulgaria is going to assume a more robust role in the affairs in this part of the Balkans. The Macedonian state is directly impacted by Bulgaria’s ambition.

GERB has announced in its rallies a continuation of the role of the Bulgarian cultural centers, which are currently present in Macedonia but are intended to appear in Albania and Serbia.

Bulgaria will expand its soft power through television too, as it has already begun in Macedonia with the irreciprocal emitting of its national channel’s program in the country.

The Bulgarian deputy Prime Minister and Defense Minister, Krasimir Karakachanov, caters to the ultra nationalistic part of the Bulgarian population through his party VMRO-BND.

Karakachanov’s tones relay to the pubic that Bulgaria ought to become a leader in the Balkans and that it must “liberate the three parts – Moesia, Thrace and Macedonia.”

If the GERB-led coalition is voted into power, Bulgaria will seek the inclusion of Bulgarians in the Macedonian constitution. At the same time, Bulgaria denies the existence of a Macedonian nation and language and does not allow Macedonian cultural associations to function within the law.