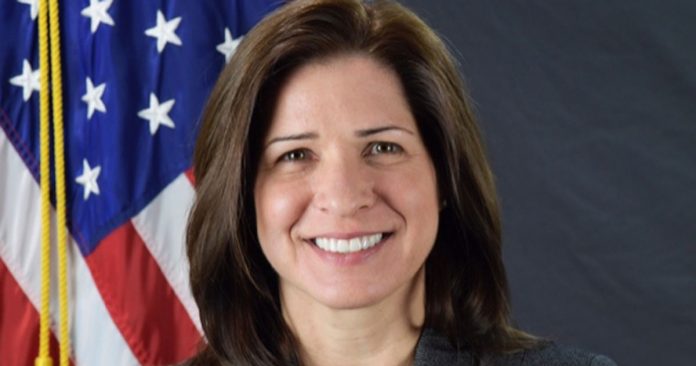 US Ambassador to Macedonia Kate Burns gave a television interview for Kanal5 where she addressed the negotiations between Macedonia and Bulgaria which have only resulted in a veto for Macedonia.

In saying “We are very disappointed that Bulgaria decided to block the start of the EU negotiations,” Ms Burns relayed how US foreign policymakers view Sofia’s intransigence.

The US wants the two countries to resolve bilateral issues outside the negotiation process, according to the ambassador. This can be seen as a hopeful development that would enable Macedonia to continue the integrative process and be rewarded for making advances by opening subsequent chapters.

Bulgaria is using Greece’s tactic in blocking Euro integration in order to pressure Macedonia in signing away more of it’s history.

Meanwhile, Skopje and Sofia will need to continue their talks, but this will make it harder for Bulgaria to violate the right to self-determination which inadvertently enables nations to formally narrate their own history without foreign interference.

Ambassador Burns reflected on the principle of good governance saying that the political stability of the country depends on it. The need of strong institutions and political actors who respect them, independent courts and a sound political bureaucracy.

Ms Burns considers the coming population census needs to be carried out as a statistical operation, however the opposition has continually claimed in the past period that the governing coalition partners are going to turn this into a political census with preemptively agreed ethnic quotas.

This Saturday VMRO-DPMNE started a nation-wide drive to collect signatures to revoke the Law on population census.