Macedonia to celebrate Saints Cyril and Methodius with Czechia and Slovakia 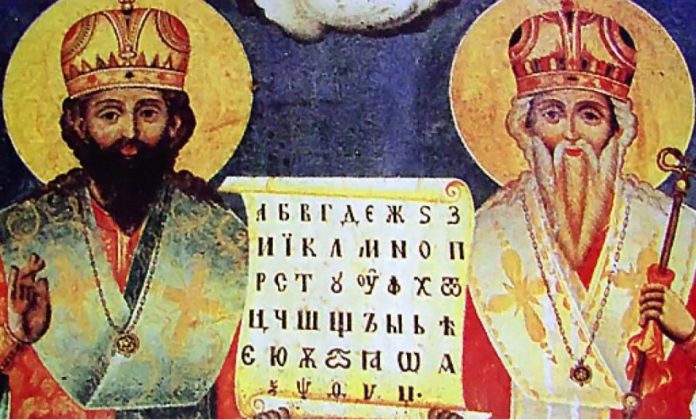 In 2021 Macedonia together with Czechia and Slovakia is going to be part of a celebration of the lives and cultural heritage of the Saints Cyril and Methodius in an event that is supported by the EU regional development program.

The event called The Cultural Route of Saints Cyril and Methodius was started in Slovakia in 2011 to mark the significance of the brother-saints who were born in Macedonia during the time of the Byzantine Empire.

The consecrated bothers traveled from Macedonia to Moravia, coinciding with today’s Czechia and Slovakia, on a mission to spread Christianity and literacy to this part of the Slavic-speaking world. The event entrails cultural tours, hiking and visits of monasteries and monuments dedicated to Cyril and Methodius.

Notable is Bulgaria’s absence from the event. Bulgaria celebrates the saints as crucial figures in its ethnonational historiography, however it has also entered a row with Slovakia.

In December 2020, Bulgaria’s Parliament updated the naming of the Saints Cyril and Methodius national holiday, inaccurately attributing them with creating the “Bulgarian” alphabet.

Bulgaria has been attempting to claim the saints as Bulgarians, however, other Slavic speaking nations have vocally opposed this.

The Macedonian Government’s press service noted that Macedonia’s honorary inclusion is to commemorate 30 years since the founding of the modern Macedonian state.

Macedonian PM Zoran Zaev rejoiced at the invitation and stated that the three countries can demonstrate together that the work of the Slavic enlighteners Cyril and Methodius represents a common value that needs to be honored by all Slavic nations for its contribution to the spiritual and cultural history of Europe.

Recently Slovakia and the Czech Republic expressed their support for Macedonia’s EU progress during a trying period that shows the country’s vulnerability to the adversarial policies of some neighboring states.