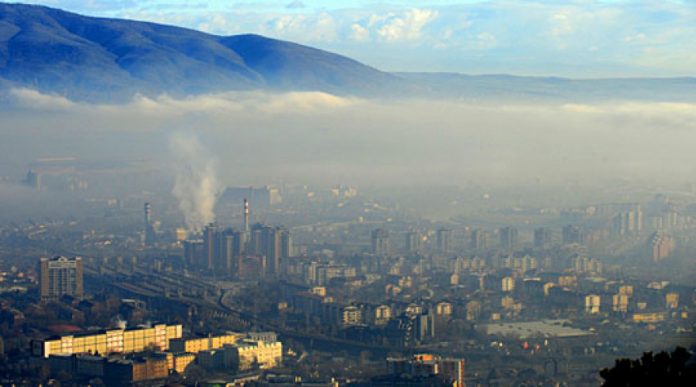 The environmental organization “O2 Coalition for Clean Air” has reported that all of its 15 progressive proposals to cut down air pollution with money from the 2021 state budget have been rejected by the national assembly.

The authorities and relevant government bodies have been inept in tackling the problem of air pollution for years, but very little, if anything, can be accomplished in the year ahead with a dedicated budget of only 0.1% of the gross domestic product.

Due to lack of political will to regulate polluters and the failure to invest more in improving the overall picture, the country is looking at a long-term problem whose severity has received international attention. Some days Skopje takes the title as the most polluted city in Europe and sometimes the world.

The O2 Coalition had proposed a 100 euro subsidy for the purchase of air filters by households that can’t switch the method of providing heat and a 300 euro subsidy was proposed to convert 10,000 from benzine into the more ecological and cheaper liquid natural gas (LNG).

The organization has also requested a budget for an independent laboratory tasked with locating the biggest and most environmentally dangerous polluters in the country. One of the most important demands that was turned down is the installing of air filters on public institutions, many of which burn ‘Mazut’, a heavy low-grade oil and a heavy pollutant.

And while the state budget is blind to the problem of air pollution and other environmental problems and progressive proposals are rejected by the assembly, its members have secured a quorum to vote in favor of directing 4 million euro for the political parties.

Regardless of the challenges posed by the burning of wood as a source of heat for the overwhelming majority of the population and due to a weakly-regulated ecological standards for the industry, the government’s has not provided any solution, except for providing subsidies for the purchase of inverter units to replace wood stoves in households that can’t afford to make the change.

Meanwhile, the Skopje city Government announced it is going to spend 200,000 euro for light decorations around the city this winter, even though locals have recognized that the majority of ornaments that have been put up are from previous years.