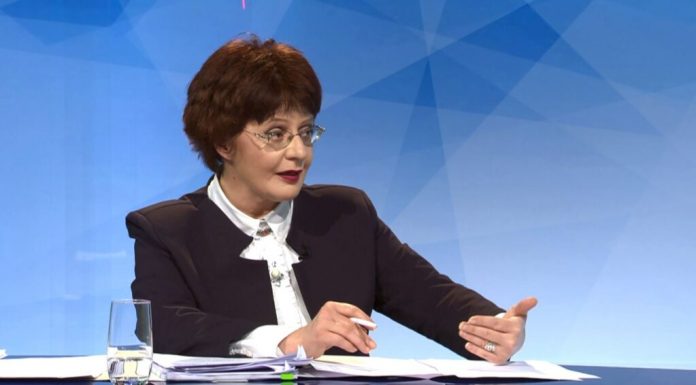 Culture minister Irena Stefoska has said Ohrid should be placed on the endangered world heritage sites list by UNESCO, in a TV interview on Telma last Friday. She emphasized, “we are not capable of protecting Ohrid”.

Without specifying if she meant the government or society as a whole, including private business interests, Stefoska added, “but we are not excused from taking responsibility.”

These remarks come following louder calls, such as those by Ohrid SOS, for judicial action against parties that violate the Laws concerning the protection of Lake Ohrid and the city.

Between 10 and 15% of the territory of the Ohrid region under UNESCO belong to the category of cultural heritage, the rest belongs to an ecosystem of plant and animal life inside and outside the lake.

This separation requires a multi-institutional approach because the two categories are under the jurisdiction of different ministries and institutions.

According to Stefoska, everyone in the country needs to unite and reach a consensus until Ohrid and its region become a strategic objective for Macedonia.

In a conclusions document based on an investigation of the conditions surrounding lake Ohrid and the old town city core, UNESCO has announced it may move the only Macedonian World Heritage site to the “Endangered” list.

The reasons for the potential move are many – they range from the lack of protection of lakeside flora and fauna to urbanization on the lake’s shore.

On Thursday, citizens of Struga reported a fire engulfed a wide patch of reeds, which are part of the aquatic vegetation which is protected by Law.

In the same week, the Ohrid-based association OHRID SOS called out the city’s mayor, Konstantin Sushikj-Georgievski for razing down the building of the iconic restaurant “Park”.

The organization’s press release states the decision was illegal and the plan is to transform that part of the lake’s shore in a hotel – against the requirements by UNESCO and in violation of articles in the Law for the protection of nature.

Facebook
Twitter
WhatsApp
Linkedin
Email
Previous articleDarko Biberko helps keep the Macedonian language alive for young diaspora [Video]
Next articleThe rise of Philip II of Macedon: from hostage in Greece to the most powerful Macedonian in the world