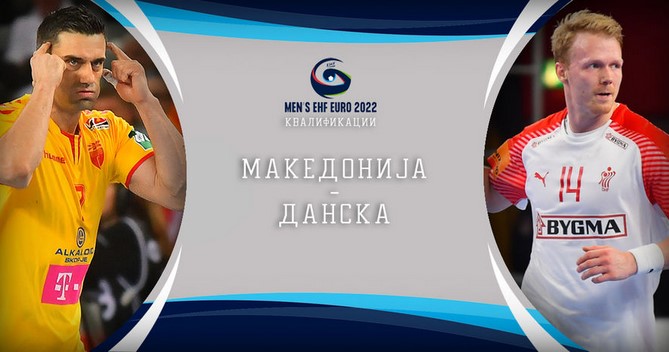 The Macedonian handball team is kicking off a new phase in its history following the forgettable appearance on the World Cup in Egypt in January.

The Egypt campaign resulted in five losses. Despite the limited preparations ahead of the unexpected late entry in place of the Czech Republic’s covid-ridden team, coach Danilo Brestovac was sacked.

Macedonian handball legend Kiril Lazarov took over just in time for an imminent generational change in the team. His first task is a daunting one – Macedonia is facing world champion Denmark to kick off the European Cup qualifiers.

Danish Coach Nikolaj Jacobsen stated in a press conference on Wednesday that Macedonia is a “strange” selection that plays traditional handball.

Kiril Lazarov has summoned the hardened veteran Filip Mirkulovski who is expeceted to bring stability and raise the spirits of the young team.

Another veteran is Stojanche Stoilov, a two-time European champion with Vardar, who is sharing his central pivot position with Zharko Peshevski who has also made his presence known.

Kiril Lazarov is going to be a player-coach which isn’t a totally new role for the European champion with Barcelona. In all previous campaigns Lazarov could be seen strategizing with the coaches during team time outs.

Oftentimes, he took matters into his own hands in setting up the attack. Today’s match against Denmark (20:00 Mk time) is going to reveal whether Lazarov is going to bring something new to the team as a coach.