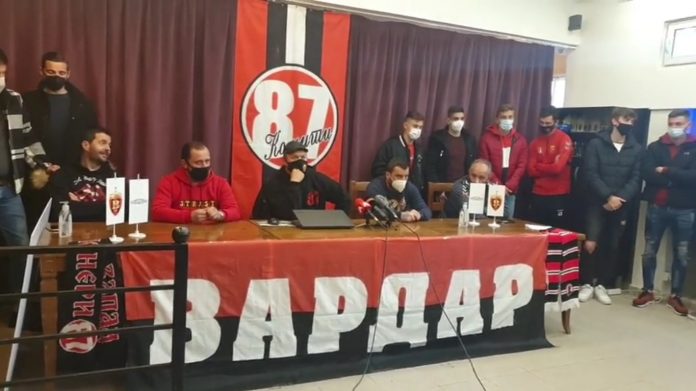 At a press conference on Wednesday, representatives of Komiti stated that following expenses and taxes, FC Vardar players, the coaches and all members of the administration have received a total 2.6 million denars.

The initiative named Buy a Ticket – Save Vardar was carried out through an online ticketing agency. Fans and supporters of the club bought 33,381 virtual ticket for the game against Pelister.

Despite financial troubles and all but few of the players being under 20 years old, Vardar managed to pick up two points in four games.

Vardar is playing its next game at home against Shkupi who are second on the table and coming from a recent home loss against Rabotnichki (0-2).

Facebook
Twitter
WhatsApp
Linkedin
Email
Previous articleBishop Agatangel: We are here and we are surviving – It shall be so in the future
Next articleMacedonian handball team plays Denmark in Lazarov’s coaching debut