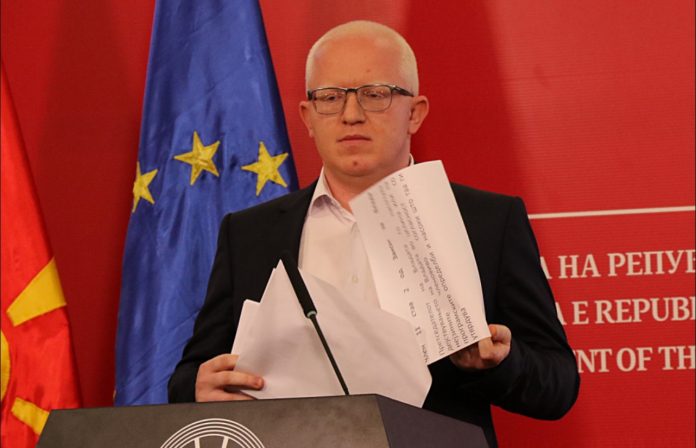 Former General Secretary of Zoran Zaev’s Government Dragi Rashkovski is embroiled in a corruption scandal which has resulted in the opening of a case by the Public Prosecutor’s Office.

The investigation run by the organized crime and corruption office is centered around Rashkovski’s involvement in a governmental purchase of an unused traffic violations software – which Rashkovski had personally patented and authorized its purchase.

The new scandal comes at a time when the SDS led government corruption rating is at an all time high.

According to the pre-investigation inquiry, the Prosecution states that Rashkovski had procured the software for 80,000 euros while acting as General Secretary of the Government.

The news portal 360 Stepeni wrote that Rashkovski approved payment for the software from the State budget without it tested by relevant experts.

Rashkovski had responded to the matter by saying that the Ministry of Interior has requested the purchase of software of this kind, however, the Ministry denies it needed such software and has stated it is not using it.

Investigative journalists have found that Rashkovski’s private estate has increased by 50,000 euros since he departed from his General Secretary function – something which is going to be looked into by the Public Prosecutor.

Meanwhile, the Internet has been abuzz about Rashkovski’s untimely getaway in Mexico on a family vacation.

The opposition scorned the Governmental employee for taking a luxurious vacation while public health workers are forbidden, by a Government decision, from taking yearly vacations, paid and unpaid absences from their positions.