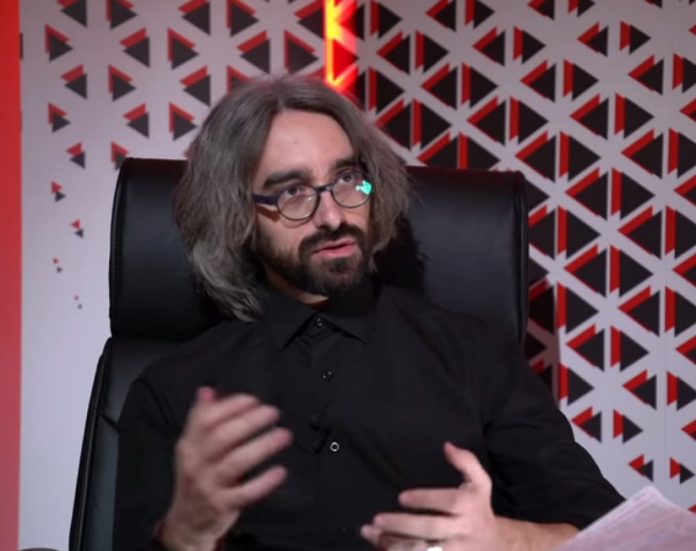 Mass arrests of corrupt politicians and the nullification of international accords that were brought about through blackmail and unconstitutional means are the cornerstones of Levica’s policy, indicated Apasiev in his live-streamed interview for the news portal Infomax on December 10.

In a period of high levels of corruption in Macedonia, Levica’s leader Dimitar Apasiev has outlined a vision for the return to a lawful Macedonian state should Levica take government.

Former SDSM Government officials such as Pavle Bogoevski have openly admitting alleged corrupt members of VMRO-DPMNE were blackmailed with jail time if they did not vote for the Prespa Agreement in Parliament in 2019. Blackmail was the only thing that got the accord over the line with the needed 81 votes (10 from VMRO-DPMNE members) needed to pass and change the constitution, the name of the country and history of the Macedonian people.

Apasiev is adamant that the ‘mistakes’ the government made in forcing the name change mean that Parliament can simply nullify the agreement and constitutional amendments with only a simple 61 member majority. The university professor holding a Ph.D. in law also pointed to a number of faults in the Agreement with Bulgaria – most notably that the Zaev-led Government did not have the legal basis to sign an international agreement, that only the country’s President could.

Regarding the current negotiations between Macedonia and Bulgaria, Apasiev said he considers the country’s diplomats and negotiators to be “third echelon” for their lack of political substance. Apasiev is convinced that the country is a pushover on the international stage and that part of this stems from not having a unified position on crucial national issues by the two leading Macedonian parties.

Dimitar Apasiev is the leader of the leftist and socialist party Levica (The Left) which succeeded in winning two seats in parliament in the 2020 elections. The political establishment considers him both a threat and a nuisance, especially the ruling SDSM because of the likelihood of him attracting voters from its socialist base.