What Caused MK Govt to grant €500,000 to Arachinovo, Days After a Large Police Raid? 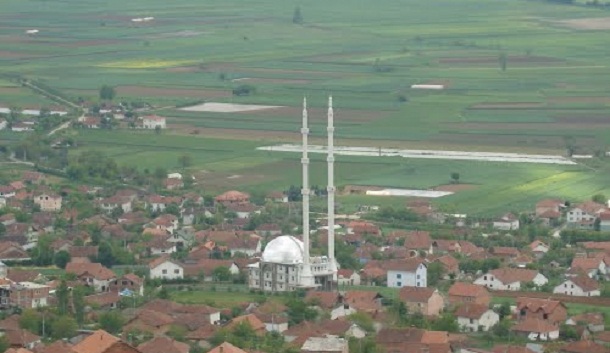 The Arachinovo municipality was given a grant of 500,000 euro from the 2020 state budget, reported news outlets following a Government session late on December 11. The decision provoked a storm of questions on social media and by online news portals, as there is much speculation about why the Government chose that particular municipality for such a large grant.

Only a few days ago, on December 9, a raid was taking place in Arachinovo where the police failed to retrieve 2 tonnes of marijuana that was stolen from a licensed production facility in the south of the country. The contraband has an estimated value of six million euro, or as much as 10 million if sold in the form of cannabis oil.

Although the Government cited the reason for the Arachinovo grant as “financial support in dealing with the difficulties of working during the covid-19 crisis,” the public raises the question of why a municipality with a very low incidence of covid cases is getting such a large sum of money while municipalities that are bigger in population and who have a much higher number of covid cases, like Center, Butel, Tetovo or Saraj, didn’t get a lump sum of government cash.

The measure to disburse a package of grant money was announced two days after the police raid at a Government session on December 11, however, the Government has not specified which criteria determined Arachinovo to be the recipient of 500,000 euro, how the money is going to be spent, who is going to have oversight over the spending process or whether there is going to be any oversight at all.

The grant is part of a covid relief package worth 8 million euro in aid intended for a broad number of recipients, ranging from municipalities to nightclubs to musicians and artists, however, the public has focused on the glaring 500,000 grant to Arachinovo and the fact that most of the mayors of municipalities in the Skopje region, who are SDSM party members, have supported the Government’s decision not to be granted aid.

As soon as the information about the financial package was announced in the news, political observers were quick to point to the fact that Arachinovo was the location of a large-scale police raid on December 9. The raid resulted in a number of arrests following the theft of two tonnes of cannabis from a licensed production facility in the southern village of Josifovo. Only about 250 kilograms of marijuana has been retrieved from the police raid while the remainder is missing.

The marijuana production facility in the Josifovo village, located in the Valandovo region, is owned by Herb Industry DOO, which is based in the city Strumica whose former mayor Zoran Zaev rose to his current position of Prime Minister. Speculations are circling that Zaev and his brother Viktor are the financiers of several large-scale facilities that are among those that have received a production license.

Macedonian social media is brewing with speculation. Some are asking whether the 500,000 euro is hush money for the raid after the two tonnes of stolen marijuana by residents of the Albanian village of Arachinovo. Others are asking how was it possible for criminals from Arachinovo to know the location and production capacity of the Josifovo marijuana facility and that it had such a large quantity of sorted, trimmed and packaged product.