Increase in Corruption by Zaev led Government in Macedonia 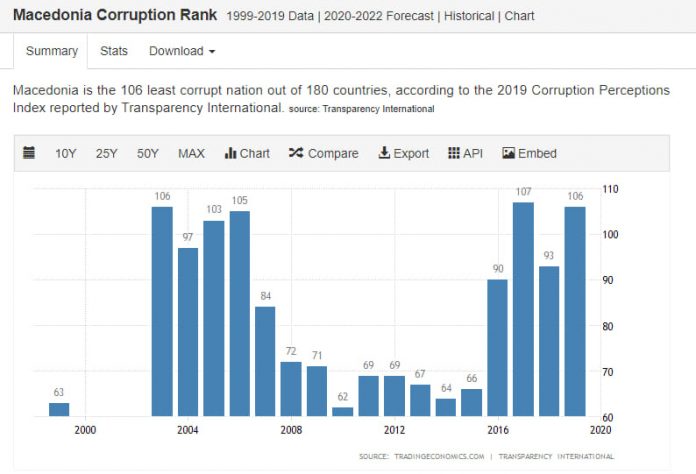 The non-governmental advocacy group Transparency International has called on the Macedonian government to take measures against corruption and enable institutions and bodies of the state to operate free of party influence.

The group’s Macedonian representative Slagjana Taseva shared insights from the specific recommendations about the country, in which the government is asked to respect the independence of the national assembly’s and that of state oversight bodies.

The report underscores that improvements need to be made to the Law that protects whistle blowers. Furthermore, the government needs to guarantee a transparent and effective access to information, as well as increase the transparency related to national security information.

Transparency International has included the country in the Government Defense Integrity – GDI Index, alongside 14 countries from Central and Eastern Europe. Macedonia scored 62 points and a grade C, which means it is facing a “moderate risk” regarding corruption in national defense.

The average grade for the region is 48 out of 100 points, which translates to a high level of corruption.

Some social media users have reported that the level of corruption in the country was markedly lower a few years ago, during the VMRO-led government coalition which was seen as highly corrupt at the time.