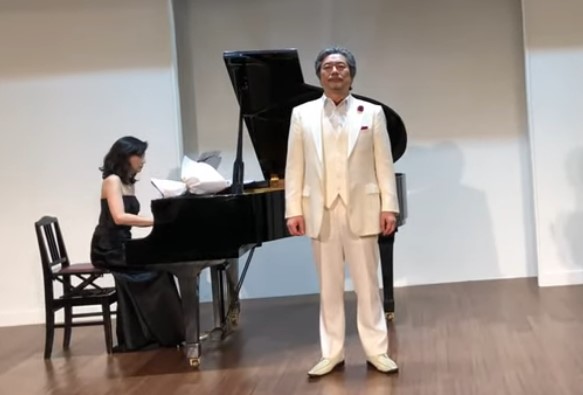 Macedonia’s revolutionary past has created countless martyrs who boldly stood against an empire and multiple other enemies all at the same time. The national folklore has immortalized their struggles in song, which to this day gives inspiration to musicians in Macedonia, but also in other parts of the world.

This stunning operatic rendition of the song Bolen mi Lezi Mile Pop Jordanov is performed by the Japanese opera singer Kazuhiro Kotetsu, who has studied singing at Tokyo National University of Arts and Music and at the Accademia Verdiana and Accademia Teatro e Musica Briccialdi in Italy.

It is fascinating that a song about a brave Macedonian youth who died a hero’s death has picqued the attention of an opera singer living in Japan, half a world away from Macedonia.

Milan – Mile Pop Jordanov from Veles comes from a revolutionary family. His brother is Jordan Pop Jordanov was one of the Salonika Boatmen, also known as the “gemidzii” in Macedonian.

Mile Pop Jordanov was appointed as a “voivoda” of a unit of komitas by Gotse Delchev. Mile dies in a shootout with Ottoman army units in 1902. He is accompanied by three other revolutionaries whom he orders to retreat while he keeps the enemy at bay.

Mile used up all of his ammunition and succeeded in providing his friends safe passage, however, he was advanced upon by the Turks and decided to use the last bullet on himself so as not to be taken alive by the enemy.

In an effort to gather information about hte remainder of the unit of komitas, the commander of the Ottoman army in Veles ordered Mile’s body to be displayed in the public square and the troops were tasked to arrest anyone who recognizes his face.

Mile’s sister was the only one who approached the body. Upon recognizing her brother she began to weep loudly. The people of Veles composed the song soon after and sang it at Mile Pop Jordanov’s funeral. The song is the official anthem of the city of Veles and the revolutionary’s tombstone bears a verse from that song:

Rise, o rise, dear son of mine
Your friends are on the streets
Singing sad songs, songs about you.