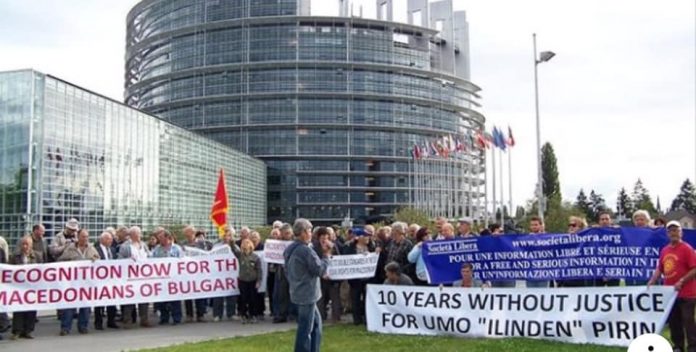 The European Parliament has voted in an overwhelming majority of 524 out of 694 representatives for the adoption of the resolution supporting the Minority SafePack (MSPI) Initiative.

The EP has signaled the European Commission to initiate a legislative process for the adoption of laws that safeguard the rights of national minorities in EU countries, including language rights and the protection of their cultures.

The Minority SafePack’s aim is to secure the possibility of bringing issues of national and linguistic minorities from the member state level to the EU level. The Initiative demands that the EU takes full responsibility in becoming a genuine promoter of cultural and linguistic diversity across Europe.

The passed resolution acknowledges that the protection of minority rights is the primary responsibility of member states, however, the EU can play a powerful role in supporting the principles of the Minority Rights Safe Pack.

A mutual reinforcement of the initiative between the EU and the Council of Europe is requested by the EP, towards protecting the rights of national and linguistic minorities.

Whether the Safe Pack for the protection of minorities is going to give basic human rights to the Macedonians of Bulgaria and Greece remains to be seen, as they are in effect a forbidden minority in both countries.

Representatives of the Macedonians living in these EU member states have been regularly prevented from registering political parties or cultural associations and can not study in their native language, which has been brought on the brink of extinction following generations of suppression.

Will the condition of the Macedonians of Greece, Bulgaria and Albania improve with the implementation of the MSPI by the European Commission?

It’s hopeful that the implementation of the Minority Safe Pack Initiative can help improve the human rights of Macedonians on a local level in Bulgaria and Greece, however with both countries having formally requested that Macedonia gives up on minority rights in the respective countries in exchange for the removal of the EU blockades, it remains doubtful.