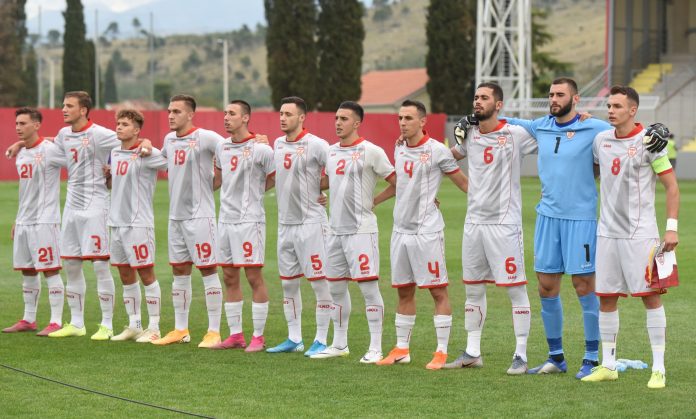 Coach Blagoja Milevski and the future football stars of Macedonia emerged victorious against Bulgaria, scoring five goals and conceding only one.

With this game, Macedonia’s U21 squad completed the Antalya Cup tournament in Turkey and is ready to take on a new challenge.

Blagoja Milevski’s came out second from the top behind Spain in the latest U21 EURO Cup qualifiers with 18 points – but this wasn’t enough to repeat the success of the previous generation and qualify at the Euros again.

Until the next cycle begins, Macedonia will remember their victory against Bulgaria and the fitting celebration in the locker rooms.

The song Biser Balkanski (Balkan Pearl) sang by the late Goce Nikolovski and composed by Hilmi Bilbil in 1990 became an instant hit with Macedonian communities around the world.

“Balkan Pearl” refers to Macedonia divided by the neighbouring countries and the fate of the Macedonian people who faced persecution and became separated into three different parts.