The purpose and rituals of the archaic Macedonian celebration Tajane – Ivanden 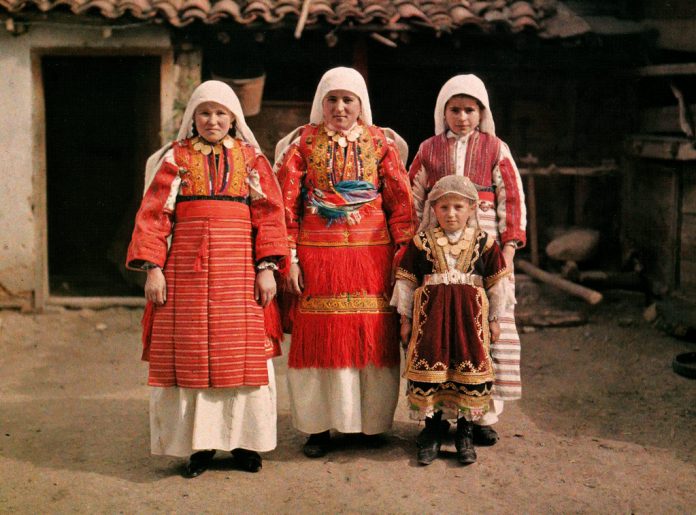 There is a fascinating cultural depth when it comes to the customs and beliefs found across Macedonia.

Their symbolism, the purpose they served, the complexity of the rituals suggests the origins of these customs may date millennia in the past.

A convincingly archaic custom that speaks for the rich and deeply symbolic way of life of those who observed it is the custom called Tajane.

During the summer solstice, Macedonians took to purifying and protecting their homes from evil and bad fortune by performing a set of rituals.

In its essence, Tajane connects multiple activities that were crucial to the people who lived off the land.

It is about observing the sun’s movement, knowledge of botany and the mystical beliefs that connected people with nature.

The various rituals that are part of Tajane suggest this is an undeniably ancient custom.

The fact that in involves sun worship and nude rituals in some regions of Macedonia is enough proof that Tajane was practised before the arrival of Christianity.

It is very likely that the first agricultural societies that came to Macedonia since at least 8,000 years before present.

According to anthropological research by Lepa Spirovska from 1973, Tajane occurred on July 7 or June 24 according to the Julian calendar.

During this period, the sun sits at the highest point in the sky, marking the summer solstice.

An opposite of Tajane is the observation of Badnik and Christmas, which is the winter solstice, about six months later.

The day before Saint John’s day, the people of the village go out to search for ferns.

The collected branches of fern are placed underneath the bed sheets for each member of the family. According to belief, ferns purify the bed and keeps away illness.

At night, a stick of fern that has been pulled with its root intact is placed underneath the awning or the roof of the house.

Again, a branch is dedicated for every member of the family.

Based on the condition of the individual stick the following day, the person who is experienced in reading the signs could see how each person would fare until the next summer solstice.

Praying for a plentiful harvest

In addition to placing them on the bed, the women also weave garlands made of ferns.

The garlands are placed on fruit trees in the garden and in the fields in order to protect the harvest from pests, blights and bad weather.

The weaving of garlands is symbolic for this period of the year, due to the summer solstice.

Shaped like a circle, the garland symbolizes the sun, which sits at its highest point in the sky.

There are two striking details :

– the fact that the fern is geologically one of the most ancient plants on the planet, and second

– the belief that the fern has healing and magical properties.

It is quite possible that people carefully selected branches they want to use, as the plant chemistry counteracted bacteria and disease-bearing insects that may settle in the household.

In Macedonian folklore, people say that on this day the sun can be seen “dancing” and “turning”, which is another way of describing the effect of it simmering in the sky.

In the Maleshevo region, in the northeastern part of Macedonia, it was customary for some women to walk over to another family’s field during the night, naked or just wearing an undershirt.

The women collected some of the neighbours’ wheat and brought it over to their own field.

According to belief, this helped the fields belonging to the family give a better yield that season.

In the area of Radovish, women went to harvest mint early in the morning. The stalks were tied in bushels and left out to dry.

Dried mint was used against sickness and abdominal pain. The mint was crushed and sprinkled on a hard-baked loaf of bread moistened with vinegar.

After harvesting the mint, women went searching for aromatic grasses. The various plants protected clothing, bedding and blankets against moths and pests.

Tajane – a good day to get noticed

What is common for every region of Macedonia is that they take their clothes, blankets and sheets out in the sun.

Bushels of aromatic grasses are placed on the items and then put back inside wardrobes.

According to Spirovska’s research, this ritual attracted the eyes of passers-by. Perhaps it was one way for young women to get noticed or to state that they are open to courting or arrangement for marriage.

In the Prilep region, groups of young boys and girls went to harvest herbs which they weaved into garlands and ornaments.

They placed these on water jugs. The jugs were then filled with water from three different sources.

The boy or girl who wore the jug on his or her head was called Tajane.

The rest of the group followed the Tajane while singing songs that are auspicious for the harvesting season.

The one who was in the role of Tajane would walk inside stores and households to receive gifts, which were usually food items.

Upon completing the custom, the group would settle somewhere to enjoy the food between each other.

One of the songs that accompanies the Tajane is

Tajane is an unusual word with undefined origins. Considering it contains the word “taj” we may suspect it is related to “tajna” which means “secret”.

It is equally plausible that Tajane contains the prefix ta for the word sveta or sveti (Saint) and a morphing of the name Jovan/Ivan that sounded Joane, ta-Joane – Tajane.