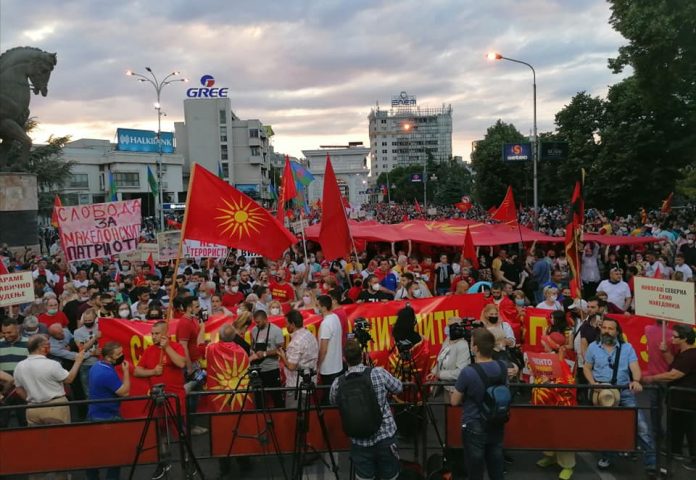 Thousands rallied in Skopje Saturday night in another anti-government protest, with calls  for the return to freedom, reinstatement of national sovereignty and the release of political prisoners sentenced for “terrorism”.

The all national Macedonian protest was backed by almost all opposition parties yet again, six weeks after the previous protest.

The protest passed peacefully after the crowd gathered in front of the Government building and marched to Parliament where the national anthem was played and demands and grievances read out.

The major calls where for the abolition of the agreements with Greece and Bulgaria, freedom of those sentenced with terrorism charges and a return to a lawful and just state with full national sovereignty.