EU to finance Skopje to Belgrade fast rail, while Corridor 8 with Sofia remains on pause 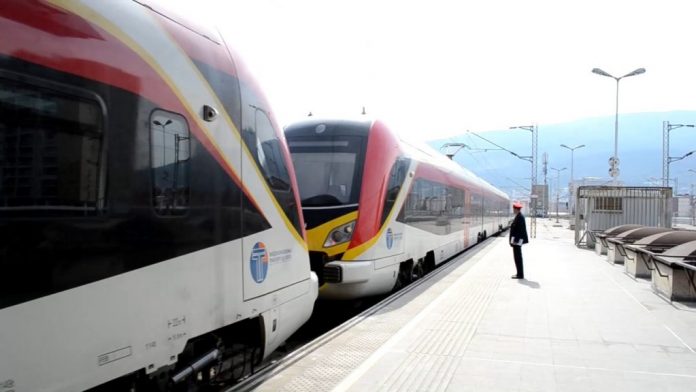 European Commission head Ursula von der Leyen has pledged the EU’s financial support for the development of modern railway between Belgrade and Skopje.

The European Investment Bank and the European Bank for Reconstruction and Development will support the project with a grant of more than 600 million euro.

Once complete, the new tracks will enable faster travel time of cargo and people between the two cities.

Additional investment is expected towards replacing the dated rail infrastructure between Skopje and Thessaloniki.

The EU stepped in for this project after Belgrade declined an offer, which it said was too high, by a Chinese company.

China has been interested to develop a high-speed north to south rail corridor between Budapest and Athens, however, the information coming from the EU on Monday has removed that possibility.

Serbia’s turn towards the EU for finance, with Macedonia as part of the deal, concerns Bulgaria whose hope of connecting Sofia with Skopje has been stalled for more than two decades, with partial work visible along the east-west corridor.

In 2018 Macedonia received 68.6 million euros from the EU’s Western Balkans Investment Framework to modernize the rail between Kumanovo and Kriva Palanka as part of Corridor 8 connecting Macedonia and Bulgaria.

This corridor is part of a greater road and rail infrastructure project concerning Bulgaria and Albania that is going to span a 1350 km link between the Black and Adriatic seas.

The Macedonian government has stated the total investment in Corridor 8 will exceed 700 million euros.

Although the planned year of completion of the railway was marked for 2027, Bulgaria’s veto may stall the development of the east to west link.

It remains to be seen whether the EU giving priority to the Belgrade – Skopje connection is a nod to Sofia in anticipation of a new round of talks between the national connections Commissions on history and education.

Macedonia has embarked on a diplomatic offensive to try and garner support for its cause of preserving the Macedonian language and identity from Sofia’s ultimatums.

The EU has hinted at impatience with Bulgaria, which is in the middle of a political crisis after Boyko Borissov’s Gerb government didn’t secure majority seats in parliament.

A major infrastructure project like Corridor 8 comes with a much-needed financial injection for the Bulgarian economy, whose construction and engineering relies heavily on the development of new gas infrastructure.