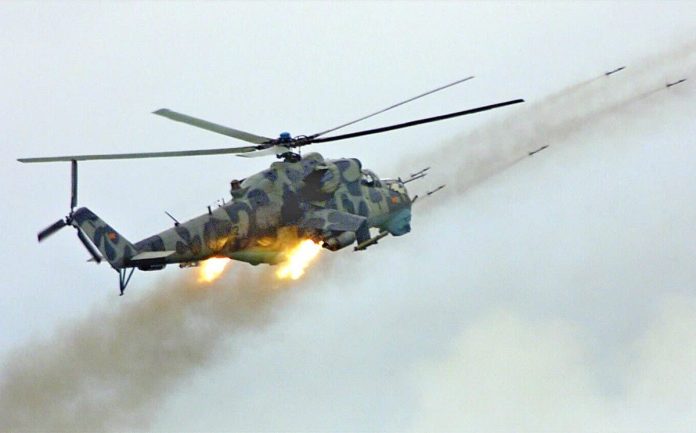 Macedonia was often referred to as an “oasis of peace” for being the only country from the former Yugoslavia that avoided a bloody conflict. That image was shattered in 2001 when the war from Kosovo spilled over into Macedonia, with ethnic Albanian paramilitary units from the KLA and Macedonian security forces locking horns in a conflict that has since shaped the modern country.

Background to the conflict

The dissolution of Yugoslavia, the economic embargo by Greece, the criminal privatization and influx of over 100,000 Kosovar refugees took their toll on Macedonia’s economy and all contributed to the country’s vulnerability and destabilization the time. The withdrawal of the Yugoslav National Army left Macedonia with little to no military hardware – it was literally tasked with building an army from scratch. This was the price Macedonia paid for leaving the Yugoslav Federation without a war.

Meanwhile unrest taking place across Albania in the late 90s resulted in the raiding of national weapons caches across the country, resulting in tens of thousands of firearms getting into the hands of ordinary Albanian civilians and criminal groups. Part of the guns, military-grade rifles, explosive devices and ammunition undoubtedly reached ethnic Albanians in Macedonia, effectively arming that civilian population.

Memories of the short conflict that shaped the country today are still fresh, but despite it taking place only 20 years ago, no Macedonian is convinced it was fought for just more political rights and dignity for the ethnic Albanian minority – it was at least at the start, a war for territory.

The conflict in Macedonia flared up as the war in Kosovo began to fully subside. Armed with machine guns and RPGs (rocket propelled grenades) paramilitary units of the Kosovo Liberation Army (KLA) spilled over into Macedonian territory, attacking police stations and fortifying themselves in civilian settlements.

The KLA offshoot – the National Liberation Army (NLA) may have lost more fighters but no footage ever reached the public eye. On the other hand, the few significant blows the NLA dealt to the Macedonian security forces resulted in televised scenes from the field and ensuing funerals, which scarred the Macedonian nation.

The NLA took every effort to completely destabilize the country and create a ‘real war’. The Lipkovo Dam that supplied the town of Kumanovo with potable water was taken and a water crisis ensued.

NLA fighters successfully ambushed Macedonian forces resulting in the massacre of soldiers in military convoys at Vejce and Karpalak – these attacks in which the corpses where disfigured prompted NATO secretary General George Robertson to call the NLA “a bunch of murderous thugs”.

Both events took place under highly suspicious circumstances which suggested the security forces where unable to contain classified information, protect radio communication, lacked oversight over decision-making in the chain of command resulting in the ability to successfully create and execute ambushes by the NLA fighters.

Up until the Battle of Tetovo which began on March 14th, NLA fighters were carrying out skirmishes with little to no success. The Macedonian army, had sound knowledge of the terrain and was backed by helicopter gunships and armored personal carriers, successfully repelled incursions aimed at taking control over densely populated areas.

On March 25th the national security forces put to use a number of military helicopters, forcing NLA fighters to fall back in the mountains. Ten days later, the Macedonian government decided to carry out a large-scale offensive on the fortified positions above Tetovo.

According to general Pande Petrovski, the attack was being delayed by President Boris Trajkovski, who had become deeply worried about starting a large-scale action following a meeting in Geneva. The action was eventually approved which resulted in a mass withdrawal of NLA fighters to the villages in the Shar Mountains.

The security forces had also carried out an air mission over the mountain range, preventing escaping NLA units from entering Kosovo. On March 26th the security forces entered a number of villages on the mountain, recovering large amounts of weapons and ammunition, food and clothing from carefully dug out trenches that where placed in strategic positions.

On March 27th, without prior knowledge to army generals, and acting on a dispatch by Minister of Interior Dosta Dimovska, the units overseeing the villages Poroj and Djepchiste had pulled out, thus cutting-short the action for purging the remaining villages from NLA units.

The April 21st ambush near the village Vejce, high on the Shar Mountain massif, resulted in the killing of eight members of the special unit “Wolves” and regular members of the police force. Two decades later, there are conflicting reports about what may have caused the four-vehicle convoy to fall prey to the NLA and their suspected mujahedin and Islamist helpers.

Over the years, the media has reported on circumstances that may have facilitated the killings and subsequent butchering of dead and living bodies that were part of the convoy.

The ambush at Karpalak on August 10th which resulted in the killing of 10 Macedonian reservists, substantiated the public’s fear that the 2001 war was strongly controlled by domestic and international actors. Following the ambush, Macedonian army General Pande Petrovski had called the NATO ambassador to Macedonia to inquire that the terrorist groups have acted outside their area, to which the ambassador had responded “Don’t worry, it is just for media propaganda.”

In a bold move to cause a total war in the country NLA units moved into Arachinovo – a satellite settlement of Skopje, thus placing the capital in their cross hairs. As fears grew the local Skopje population began to volunteer and was armed by the police in case the NLA attacked Skopje.

Macedonian army and police units surrounded the heavily fortified village and with the help of tanks and helicopter gunships Macedonian special anti terrorist units (wolves and tigers) moved in fighting house to house with heavy fighting and strong resistance shown by the NLA. With the village surrounded, the NLA could not escape and their only option was to surrender or fight to the death.

At a crucial moment and when it was reported that some of the rebel positions in the city began to display white flags, NATO General Secretary George Robertson and EU’s foreign affairs chief Javier Solana became directly involved and pressured a ‘ceasefire’ with an ‘agreed’ withdrawal of the NLA troops out of the village. Buses where mobilized and 400 armed KFOR (German) troops came from Kosovo to escort the NLA to safety, releasing them with weapons in the Kumanovo region.

The action in Arachinovo revealed the participation of American and British military personnel as commanding aides to the NLA formations. A total of 26 former or active military personnel from the United States were part of the group, considered to be employed by the US private contractor Military Professional Resources Inc. An employee at the US embassy in Skopje at the time, US citizen Glenn Nye, cites in his personal biography that Americans rescued from Arachinovo were part of a group providing training to NLA fighters.

The Macedonian Wikipedia article on the Battle of Arachinovo notes that the Macedonian army had caught six NATO airplanes entering Macedonian airspace from Italy through Albania. According to Macedonian army general Pande Petrovski, this was a sign – or threat that NATO had considered using military force if the army continued operations against the NLA.

With the saving of the NLA – what followed was a spontaneous revolt by Macedonian civilians and reservists – with parliament being stormed as a sign of disgust that the enemy forces where allowed to retreat when a military victory was all but assured and an end of the conflict in site.

Peace Accord and beyond

With a great deal of international pressure the 2001 conflict in Macedonia was concluded with the signing of the Ohrid Framework Agreement and the 2004 redrawing of municipal borders along ethnic lines. Albanians where granted new sweeping powers and the promised disarming of the NLA was a complete farce. The Ohrid Framework Agreement implemented sweeping constitutional changes that benefit ethnic Albanians but it also caused a systemic dis-balance enabling Albanian political parties the kind of influence that undermines, or rather bifurcates, the sovereignty of the state. The NLA transformed into the political party Democratic Union for Integration (DUI) and has been part of all subsequent governing coalitions since the conflict.