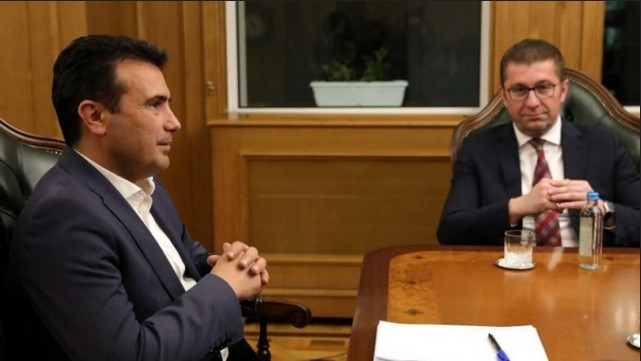 Prime Minister Zoran Zaev has rejected calls by the opposition leader Hristijan Mickovski for early parliamentary elections, saying that the country has a clear direction in continuing the country’s process of Europeanization.

Mickovski’s call for early elections came at the end of a strong week by the opposition, which saw the government concede it may delay the controversial national census. The deputy prime minister also narrowly escaped a no confidence vote as corruption and dissatisfaction of government policies grows.

Announced education reforms have also caused a popular backlash as the government plans to shake up the whole education system without consulting education experts.

The negotiations with Bulgaria, which have been characterized as unfair and demeaning, are another major source of dissatisfaction of the government. Despite declarative statements made by Zoran Zaev and Nikola Dimitrov for the preservation of Macedonian identity, the government is suspect of direct intervention in the history commission talks with Bulgaria. The talks aim to give large concessions to Bulgaria in order to unlock EU negotiations.

On February 8, Zoran Zaev commented that the next parliamentary elections are scheduled for 2024 and that the political parties should remain on that course.