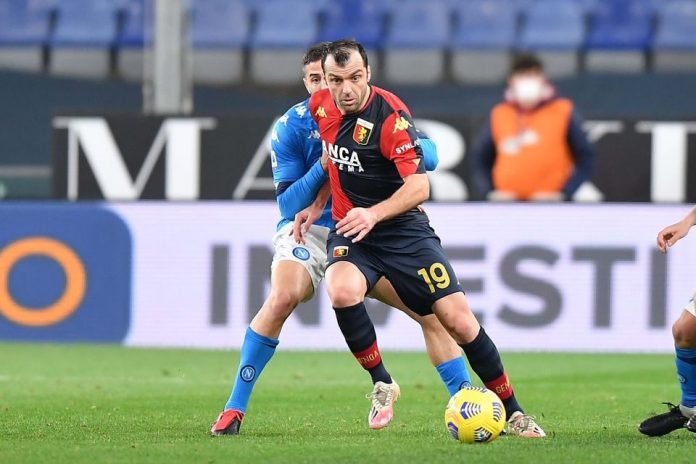 Goran Pandev was part of the starting lineup for the first time in six games for Genoa and
scored two first-half goals to secure victory against his former club Napoli in SERIE A.

Pandev, who won the Champions League with Inter is only three goals short of reaching a significant milestone. That achievement will make him the first player who was born in the former Yugoslavia to have scored 100 goals in the prestigious Italian league SERIE A.

Following the match with Napoli, Pandev was asked about recovering from his recent injury and whether he is planning to retire.

To that, the Macedonian goal-getter responded: “Retire? My recovery from the last injury was slow, but I am having fun and feeling well. We shall see. My goal is to retire after the end of the European Cup, but you never know.”

Following the match, Genoa’s coach Davide Ballardini jokingly said: “I think Pandev will help us until the end of the season. If he dares retire after that, I will give him a beating! He is afraid of me.”

Napoli was Pandev’s former club. In what can be called a bizarre deja-vu, in 2013 Pandev scored two first-half goals playing for Napoli against Genoa.

The captain of the Macedonian national team has had his lifelong wish fulfilled by qualifying to the European Cup. Macedonia is playing in a tough group against Austria, Netherlands and Ukraine.