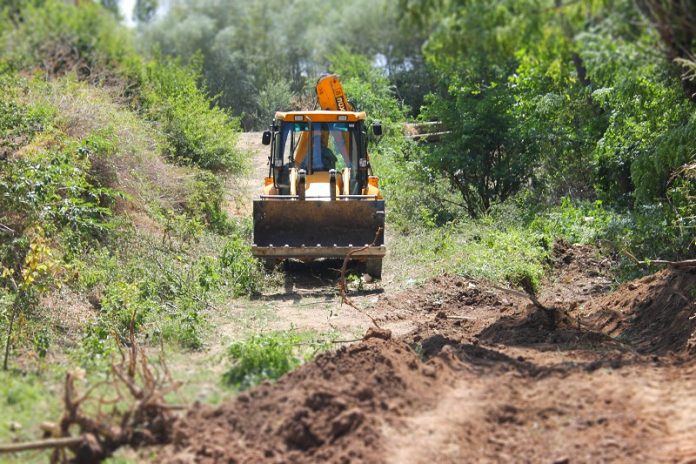 Todor Angjushev, President of the Renewable Energy Group, a part of the Macedonian Energy Association, has been promoting the concept of building an array of hydro electric plants across Macedonia’s mainly untouched mountain river systems. With the potential of large economic windfall, there are concerns about the effects on the environment, tourism and conflict of interest in the idea.

During the Macedonian Chamber of Commerce meeting on January 15,  Angjushev outlined how the state can save 360 million euros if it facilitates the construction of more than 200 hydroelectric plants. The plants would offset CO2 pollution caused by coal-burning plants and electricity imports.

The government has to work towards significantly lowering the carbon footprint in order to meet EU standards and looks at hydro plants as a viable solution, but environmental and groups are strongly opposed.

A government announcement from December, however, raises questions over the government’s intentions to cut environmental pollution after it tasked the former state-owned company ESM with the sale of the coal-burning Termo-Electrical Plant Negotino, allegedly to an Australian company.

The Anti Corruption Commission has opened an investigation for conflict of interest in the hydroelectric power plant Topolka, which is owned by Kocho and managed by Todor Angjushev.

This sheds further light on the fact that Macedonia, like most other Balkan states, is faced with environmental pollution caused by fossil fuels and corruption at the same time.

Environmental catastrophe looms as Macedonia’s pristine mountains and forests are threatened. There have been strong calls to declare the  pristine Sar Planina mountain range a national park, because of its beauty and lord of the rings type scenery, it’s growing tourism potential – mass hydroelectric plants have the capacity to destroy the habitat of the endangered Balkan Lynx and the nature of the famed mountain range.

Hydro power effects cause a backlash

The Gevgelija-based group Spas za Gevgelija which protests the development of a gold mine in the region recently posted an image of a dry bed of the Kojnska river that has a small hydro plant. “According to the license issued by the government”, “the hydro plant must allow at least 40 litres per second, but there are less 10 liters per second.” states the group on its Facebook profile.

On February 17, the environmental group Front 21/42 called on Prime Minister Zoran Zaev to suspend the construction of small hydroelectric plants in Mavrovo and the Shar Mountains.

On February 9 the Municipal Council of Probiship announced it is asking the relevant ministries (Economy and Environment) to revoke the concessions for the company DIS Energy, in constructing a hydro plant on the Shtalkovichka river, following a protest by the agricultural communities of the villages Shtalkovica and Tursko Rudare.

Environmentalists and community members who are protesting the hydro plants are citing danger to the water supply as one of the core concerns.

Climate change does not fit in the picture 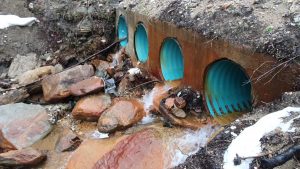 Although Todor Angjushev touted the potential earnings, his presentation didn’t take into account the evidence of environmental changes in the past decade – namely, decrease in rain and snowfall and the increase in temperature, all of which impacts the abundance of water which residents use for drinking and irrigation.

Construction of a further 200 plants across Macedonia would amount to capturing every river that has the capacity to produce the amount of electricity which makes this seemingly renewable source of energy viable.

Accountability of companies and relevant government ministries has been a source of concern with the rollout of hydroelectric dams. Environmental groups and local residents accuse the government of disregarding the underlying laws and regulations.

The residents of the villages Tursko Rudare and Shtalkovica are categorical that the government did not consult them before giving concession over the river to the company that wants to build hydroelectric plants. According to them, the concession overlaps with privately-owned property belonging to three individuals.