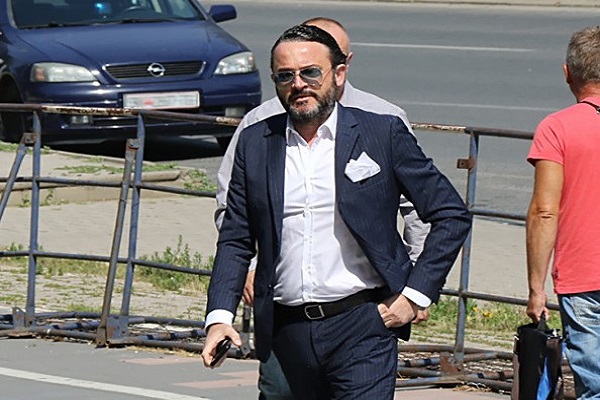 The public prosecution office has requested 30-day detention for Jordan – Orce Kamchev whom Forbes claimed in 2016 was the wealthiest Macedonian with 22.8 million euros.

Kamchev was close to the ruling VMRO-DPMNE party during the government of Nikola Gruevski, he since switched elegance and supported the forced name change to gain favor with the new Zaev government. In 2019 he was in the middle of an extortion attempt by a TV channel owner close to the ruling SDSМ party.

The detention of Kamchev was enacted following a request from the National Security Agency which had received a tip-off that Kamchev was preparing to leave the country.

Kamcev has substantial business interests in Bulgaria, where he enjoys political protection from the government.

When SDSM came to power in 2017, Bulgaria offered Kamchev to be its honorary consul to Macedonia – a role which the Zaev government has not approved or turned down.

Kamchev had been implicated by the SJO, in a case that is now processed by the Public Prosecutor, for his involvement in the illegal acquisition of attractive land parcels.

Subsequently, he shot to media spotlight during an extortion attempt by Boki-19 (Bojan Jovanovski).

In 2019 Boki-19 was jailed for the extortion attempt of Kamchev. The case was a major scandal were video and audio recordings showed Boki-19 taking payment of 1.5 million Euros in exchange for lenience at the hands of the head of the Special Public Prosecutor (SJO), Katica Janeva.

The money had been placed inside a Louis Vuitton bag in which a GPS tracker was placed and allegedly shown to go to the Macedonian government building.

Subsequently, Katica Janeva was jailed, and in the sentencing of Boki-13, he yelled out that the bag went to Zaev – something Zaev has always denied.

Kamchev has been processed in a holding cell in the “Shutka” penitentiary and is awaiting court hearings that are going to kick off the process for the case “Imperija”.