Macedonian folk story: The saintly shoemaker and the mountain that moved 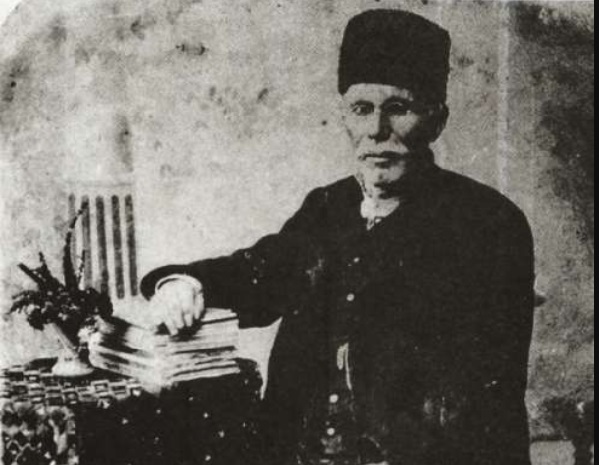 Marko Cepenkov was a Macedonian collector of folk tales and songs. His preservation of a trove of tales has an immeasurable value in piecing together a picture of beliefs, morals, traditions and customs of Macedonians in the previous centuries. Cepenkov was born in Prilep in 1829 and died in Sofia at the age of 91, in 1920.

The following is a story about the faith and fate of the Macedonian people, the challenges they faced at the hand of the Ottoman rulers and the moral habits that some had maintained through prayer, fasting, and belief in heaven and hell.

It had occurred to the Sultan of the Turks once that all Christians in his realm should learn to speak Turkish. So he gave an edict. Those who are not going to learn Turkish will have their tongue cut off. Because it was the Sultan’s order, everyone struggled to learn that language.

Old and young, everyone willed to speak Turkish. It only took several years for everyone to learn the language. People spoke it in their home, out in town and even in the churches, they began to sing in Turkish. When the Sultan learned that all Christians speak his language, another thought had occurred – that all of the Christians ought to become Turks (Muslim).

One day the Sultan summoned the Patrik (Archbishop) of those Christians and demanded that he becomes a Turk first, then all of his flock should follow. Once the patrik heard those words he fell down and became very worried. He was a deeply devoted man, however, and he would have never entertained the thought of becoming a Turk. Above all, the Turkish Sultan gave to the Christian patrik an impossible task. He said:

Listen here, o patrik sir – you gave no heed to my words; either you and your entire milet (nation) become Turks (Muslims) or you all shall go under the sabre. You can remain in your faith, but only if you can do this which I shall ask of you.

There is a saying by Ingjilli Sharif (who is also known as Isa the Hadrat), who said it in a holy place, where it has been written as so: Those who have faith that is as worthy as a seed of Sinapis (mustard), when they command a mountain to move, it shall pick up and move.”

So I give thee three days, o patrik sir, to summon your greatest Christians into a guild and take to the task of making a mountain move. If you can raise that mountain over there, you shall be excused, but if you are not able to do it, your lot shall either take the faith of the Turk or go under the sabre’s edge.

Everyone there took to thinking and measuring what they shall do, but their minds could not find a way. At last, the patrik asked of everyone to pray to God for three days and three nights, so that he may come to hear their prayer and act – because what is impossible to man is not impossible to God.

The word of the patrik was to be spread far and wide to all places where Christians lived, so that all give to prayer for three days and three nights, and that everyone shall fast for food, including their families and their animals.

All of the Christians gathered in their churches, young and old, and gave to praying to the Lord so that the mountain shall pick up and move and spared them their faith. Every person living in the city of the patrik entered the church and prayed day and night, holding patiently to a fast.

They all emerged on the first day and prayed to the mountain to move, but the mountain remained in its place.

On the second day, they prayed and prayed, but their prayer gave no fruit. One day had remained, one day to see whether the mountain shall move or they shall become Turks.

As the patrik became worn out by his long prayer, an angel of God had appeared and said to him:

When the patrik saw this apparition, he ordered people to call the shoemaker, who was very well known for the integrity of his character and the respect with which he regarded all of his customers.

The shoemaker had a holy air about him, but there was another quite interesting detail: he had only one eye. The story how he got to be that way spoke of his resolve to better own a pure soul than suffer from his consciousness.

The man had gouged out the eye himself in order not to sin. Once, his shop was visited by a woman who had impure intentions or wanted to test his faith. Upon entering his shop, she wanted to have a pair of shoes made by our shoemaker.

The craftsman asked the woman to step onto a plate on top of which he spread about ashes from the fireplace so that he can get an imprint of the shape of her feet.

This woman, however, was more interested in tricking the shoemaker’s sight onto the bare skin on her leg. The woman had lifted her dress purposely above the knee but the cobbler sensed her intention and pretended not to notice. He continued busying himself with taking the measurement of her feet from the ashes.

Although she realized that the shoemaker would acknowledge none of her passes, she was determined to inflict him with desirous thoughts. She knew deep down that she wouldn’t be at peace unless she succeeded in making him feel guilty. The woman couldn’t return home being sinful herself without him having a share in it.

Even though the shoemaker knew how to cover his mind’s eye with veils, somehow, one of the woman’s legs became too close to his right eye, as she pressed for it. The shoemaker didn’t avert his head and stared dead at her nude leg. At that moment, he felt the seeds of lust beginning to arouse sparks in his heart.

Upon becoming aware what is going on, he reached for his stitching awl and said: “Damn you satan, you cannot fault me. I shall happily live with one eye and live in paradise than have both eyes in the vechna (Macedonian for “the eternal” i.e. hell).

When the shoemaker pressed the sharp tool inside his right eye, the woman became conscious of her deed and realized that she had been committing lowly, shameful deeds many times in her life. At that very moment, she regretted it all and repented. That is how the one-eyed shoemaker became a saintly person among the common people.

The patrik’s sentinels had found the shoemaker in his shop and informed him of the predicament in which the Christians had befallen due to the noble Turk’s trickery. He gave himself to thinking. He sensed that this was a test from the devil.

He left his shop to go and see the patrik. There he found a mass of people. The patrik bowed to the ground in front of the shoemaker, for all to see. He felt deep humility and bowed to the patrik in return.

After hearing the Sultan’s threats and demands, the shoemaker joined the last prayer and upon completing the procession, they all emerged outside with the banners and crosses, carrying them on with a solemn hymn. They approached the mountain and sang in unison: “God have mercy.”

The Sultan and his pashas and a large number of soldiers gathered to gloat at the spectacle. No one among them believed that the mountain can move, not even the width of a hair. The Sultan, however, hadn’t heard of the words of Christ: “That which is impossible to people is possible to God.”

The patrik asked of the shoemaker to pray to the mountain so that it shall move. The shoemaker implored the patrik in return, not to regard him a saint, for he knew himself to be a sinner above all.

This humility gave the shoemaker confidence that his heart and soul and thoughts are pure and that he can send such a pure message to God. The cobbler asked the mountain to move and to the bewilderment of everyone there, the mountain became separated from the one that was next to it and began to slide.

As the group of Christians headed towards the city, the mountain followed them.

When the Sultan witnessed this grand miracle, he prayed to the patrik to order the mountain to stop moving so that it doesn’t come near the city and crush the people living in it. The patrik asked the shoemarker to give the command.

The man of pure heart addressed the mountain in Turkish, saying Dur-daa! (stop now) and the mountain fell into place. It was a miracle, but the people had seen it with their own eyes. The city was saved and the mountain was named in honour of the command given by the shoemaker.

All of the Christians living in the lands of the archbishop saved their faith and continued living their lives. They had learned that miracles do happen when in times of need, everyone is thinking to the same objective with a pure heart and mind – like the shoemaker did.