Fundraiser organized by Komiti a great success for FK Vardar 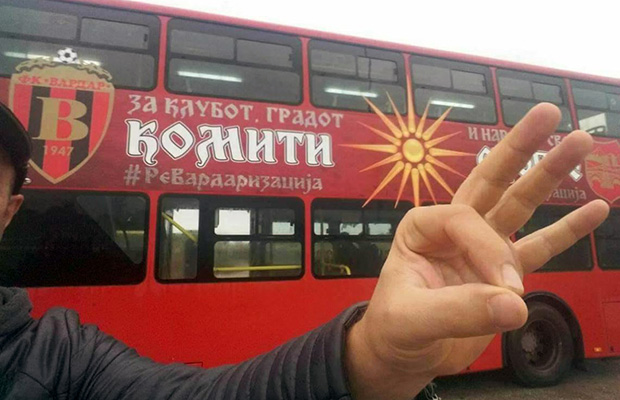 The fundraiser organised by the FK Vardar fans Komiti has been a huge success with a sold out stadium of 30,000 virtual tickets sold. This translates to 3,000,000MKD in donations to help save the club from financial ruin.

Although mostly symbolic, the fundraiser shows the large supporter base that Vardar brand has amongst Macedonian worldwide. The club must get its financial state in order if it is to survive, with no help expected from the government.

After the successful fundraiser, the club’s supporters and players can celebrate two achievements – the sold-out virtual stadium for the match against Pelister and a promising start in the second half of the season for the youngsters of coach Ilievski.

The successful fundraiser provides a moral boost to both fans and players. According to a press release from the fan club, they believe this money will help Vardar to keep going for at least two months.

Before the start of the game against Pelister from Bitola, which used to be the greatest derby in the Macedonian league, Komiti organized a pyrotechnic spectacle to announce they are not going to let down their club.

On February 21, after a week-long delay from the initial match day due to snow, Vardar led against Pelister on two occasions – first in the third minute of the match and then in the 48th.

Pelister tied the game twice and managed to steal two points from Vardar thanks to a goal by Manevski in the 80th minute.

Nevertheless, Nikola Ilievski’s team of teenagers proved solid enough to compete against players who have been playing first and second-tier football for years. This is a good sign that Vardar can stay on top of the challenges, both on the field and on the books. 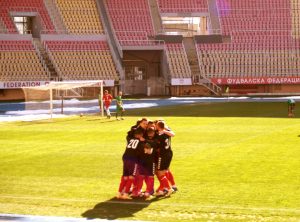