Komiti call on donations to save iconic football club Vardar 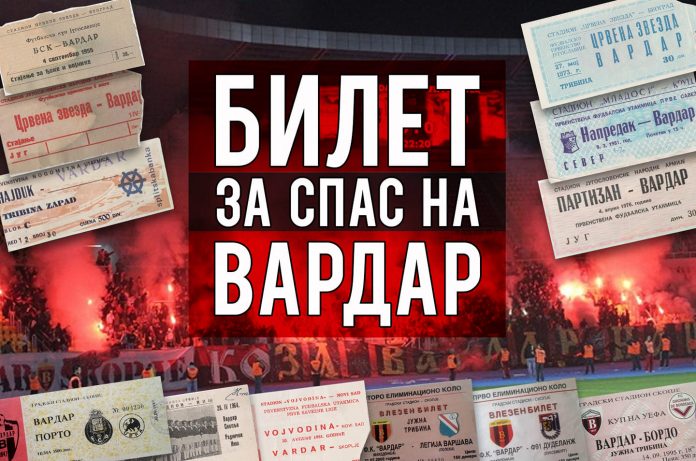 Fans, sympathizers, companies or private benefactors can purchase a 100mkd ticket (about €1.60 or $2.00) or a greater number of tickets and give Vardar a fighting chance.

Tickets can be purchased via the ticket booking website Mk Tickets at the following: Help save Vardar

The ticket is for the first game in the second half of the football season, which due to Covid restrictions is not going to be open to the public, so the gesture of purchasing one or more tickets does not enable entry into the stadium.

The club is facing financial ruin since the departure of its previous owner, Russian businessman Sergey Samsonenko. The Russian tycoon invested heavily in the club since he took it over along with Handball Club Vardar. The football team recorded a major success, becoming the first Macedonian team to qualify in the Europa Cup in 2017. Since that year, the club’s management piled on debts and came to the point of not being able to pay its players.

Following a first wave of departures in the 2018/2019 season, the club managed to stay afloat and continue competing in the first football league by tapping the talents of a number of young players from its own academy. The 2020/2021 season proved to be even more difficult.

Even though Vardar played well and still has chances to make it to one of the top three positions on the table, a second wave of departures resulted from the interim management’s failure to secure a new owner or financier.
If the club doesn’t pay its debts chances are it will cease to exist and that will be a huge loss for Macedonia. If Vardar fails to secure players, the football federation can remove it from the first league.