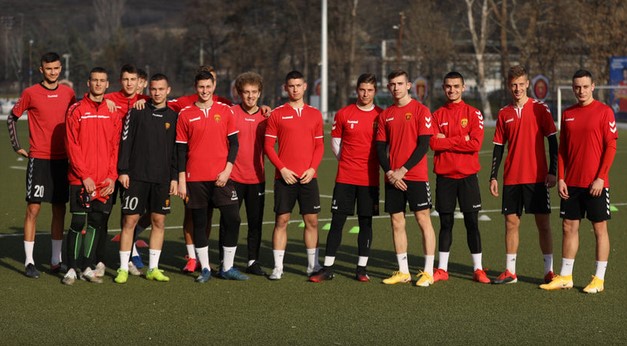 The most trophied Macedonian football club Vardar has faced many daunting setbacks over the past two years. First they lost their main sponsor, their coach Aleksandar Vasoski and their entire professional team, except for few players.

The club has demonstrated its will to fight for survival despite the uphill battle. Considering the club is in debt, its interim management has decided to disburse its finances in the most efficient way possible after all of the players found new teams due to unpaid salaries.

Is Vardar determined to accomplish a miracle? In the second half of the season,  the club has announced it is going to rely on its youngsters. 21 of Vardar’s new squad are players under the age of 20. The most experience player and club captain is veteran Dejan Blazhevski, born 1985.

The squad will be led by the reputable coach Nikola Ilievski Gigi and his assistant, the experienced international and former Vardar player Boban Grncharov.

Vardar is well-placed to survive relegation. It currently sits at fifth position, out of 12 teams with 25 points, which is eight more than Akademija Pandev who together with Renova, Pelister Belasica are in the danger zone.

In the premier game of the second part of the season Vardar is hosting Pelister on February 14. The match is a distant echo of the former all-time Macedonian derby, but it carries immense significance nevertheless.

Pelister is desperately looking for points and a win against Vardar as it fights to avoid relegation to the second league.

On the other hand, Vardar is under the imperative not to lose. A tie will mean a boost of confidence. A loss, however, may dash the hopes of the teenagers who are without a doubt, eager to give their best.

This game is important for another reason. Vardar’s die-hard fans, Komiti, have initiated their own action to help the club overcome its financial woes by selling symbolic tickets to the closed game for 100 denars.

These tickets can be purchased online via the ticket service, even by people living outside Macedonia.