EU Diplomacy chief: We will start negotiations with Macedonia 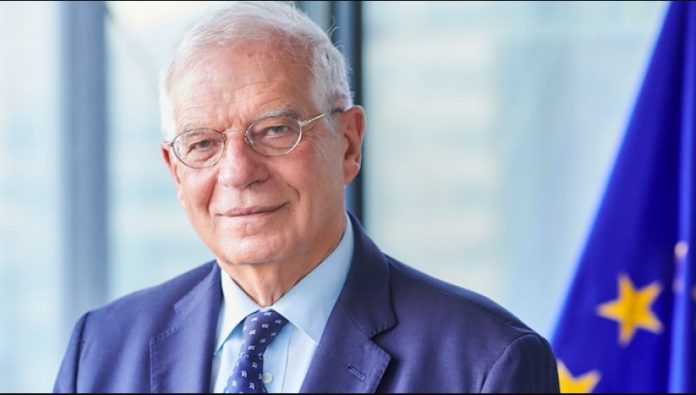 The current head of EU foreign policy and Foreign Minister of Portugal Josep Borrell says the EU is going to begin accession negotiations with Macedonia and Albania, reports the Macedonian Deutche Welle site.

EU’s first diplomat underscored aspirant countries from the Western Balkans region must do their homework in what he called a “step by step” process.

Borell was referring to reforms the European Union is expecting of Macedonia and other countries, like significantly improving the corruption index, independent judiciary and government institutions. among other things.

In his talk on an online conference organized by the Atlantic Council on February 23, Borell stated that it isn’t fair to say that the EU only talks and doesn’t take action regarding the integration of the Western Balkan countries.

The EU is investing money to help the aspirants implement reforms and improve their economies, says Borell, who didn’t touch upon Bulgaria’s veto even despite emphasizing the EU will begin accession negotiations with Macedonia.

Borell’s remarks are current to a new wave of signals coming from several Macedonian allies. The US Ambassador to Macedonia has stated that Bulgaria and Macedonia can resolve their issues outside the negotiations framework and the German ambassador has previous declared a similar hope.

On the other hand, Bulgaria has suddenly promised Kosovo help in its more distant path to the EU.

The sudden show of interest for a country that isn’t an immediate neighbor to Bulgaria shows Sofia’s determination to grow its influence outside its national borders, especially in countries that have Macedonian speakers like the Gorani in Kosovo.