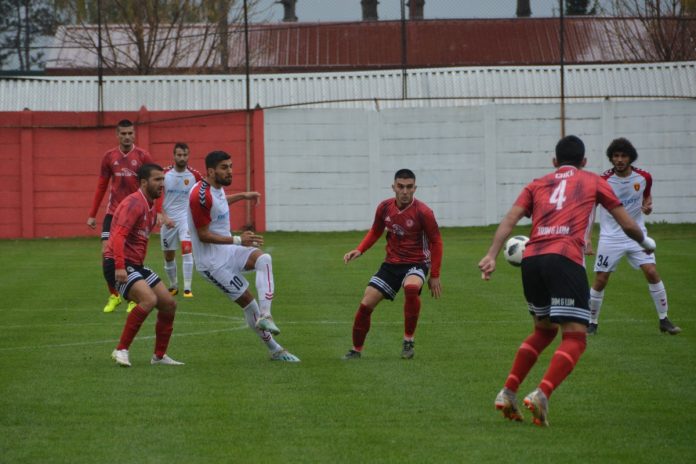 Sport papers and news portals from around the Balkan region reported today on Vardar’s infamous fall from glory.

The most decorated Macedonian football team, last season’s champions and former champions of the mighty Yugoslavian league have officially dropped to the lower tier, following their 1 – 0 defeat to Struga Trim Lum yesterday.

From the second half of the season, when Vardar was officially without a sponsor, the club engaged in a desperate plight to remain in the first league with a roster consisting mostly of teenagers.

Several close defeats and a couple of ties didn’t help them keep afloat in a highly contested competition.

Vardar’s fans organized a fund drive, which brought in around 50,000 euros and paid for the players’ salaries, but it would have taken a lot more than this to help the club pay its outstanding debt (3.5 mil euros) left by the previous management owned by Russian businessman Sergey Samsonenko.

Following the 2017 season, which brought it record earnings, it remains a mystery exactly how Vardar incurred a debt so high that it couldn’t pay off over the coming years.

The most trophied Macedonian club will likely face an uphill battle even in the Second League West, as it is going to be very difficult to buy players with more experience who can help the club bounce back in a single season.

In recent news, the Mayor of Skopje, Petre Shilegov, said the city can’t help Vardar because it’s a privately-owned club.

Multiple potential buyers were mentioned over the past period, including a Qatari investment, but few dare buy a club that owes 3.5 million euros.

It remains to be seen how the club fares in the second league. If it makes a return after only one season, the legend of Vardar, the former champions of Yugoslavia, may be saved from disaster.

If the opposite happens and Vardar remains stuck in the lower tier, its future and glory will be at the mercy of politics.