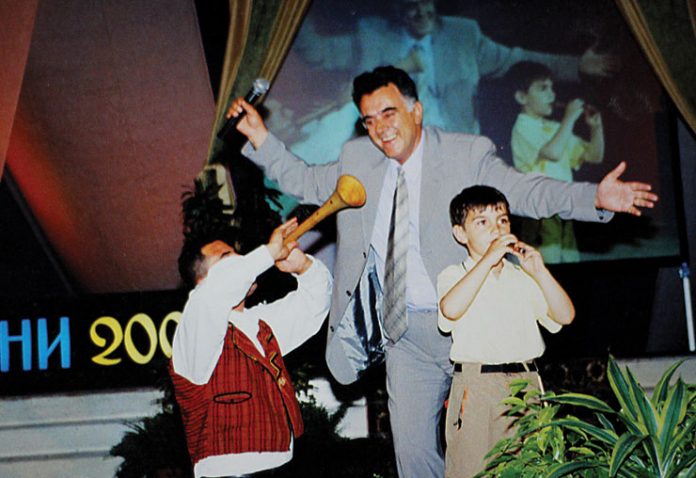 May 6 marks the passing of Macedonian patriotic folk music singer Vojo Stojanovski, known for his legendary songs that have echoed across the globe.

Stojanovski began his musical career on the festival “Filigrani” where he won the prize for best debut. His song “Aj so gospod napred” won the Grand Prix at the Macedonian patriot song contest Goce Fest.

Some of his most famous songs are Edna misla imame, Svadba golema and Ti donesov mlada nevesta. These were Stojanovski’s most widely performed songs at Macedonian gatherings and weddings around the world.

Following his death in 2014, the Ministry of Culture supported the release of a disc compilation consisting of 19 songs authored and performed by Vojo Stojanovski.

Stojanovski was born on 2 February 1949 in the village Bukojchani, Kichevo. He is survived by his wife, Evica Kamberova – Stojanoska and his son Damjan who acquired a diploma in solo singing.