The party of leftists and socialists, Levica (the Left) has submitted a petition to the Central Registry of Macedonia against its incorrect use of the term “North Macedonia” in proof of citizenship document.

According to the party’s official Facebook profile, the office of the Central Registry issues forms on which the “citizenship” field is pre-filled with the words “North Macedonia”.

Levica has filed a formal letter in which it requests the Central Registry to revise the form and replace the field with the adjective “Macedonian” for citizenship.

Levica underscores that the Central Registry must act on the said petition according to Article 5 of the Law on submitting petitions and suggestions. 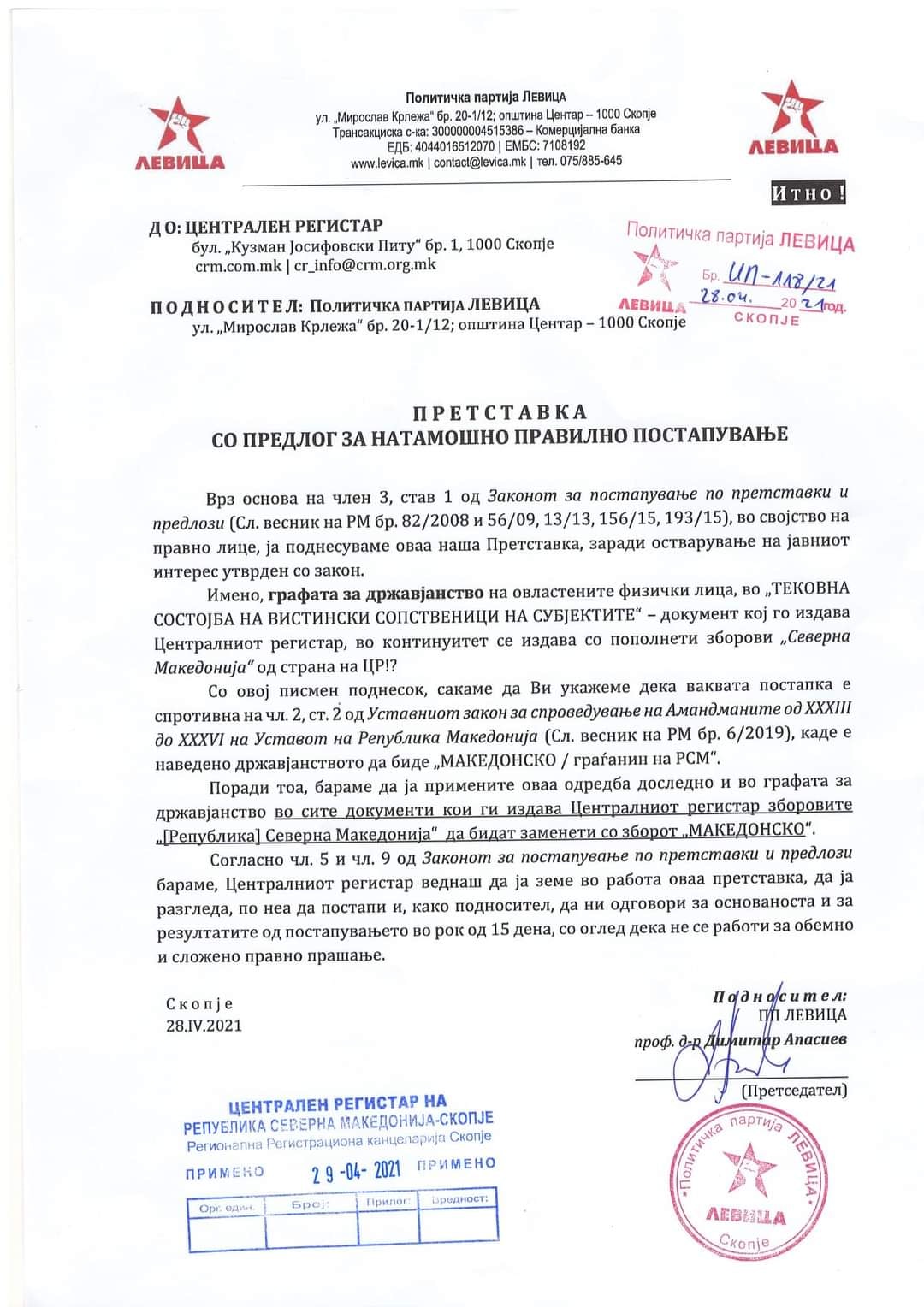