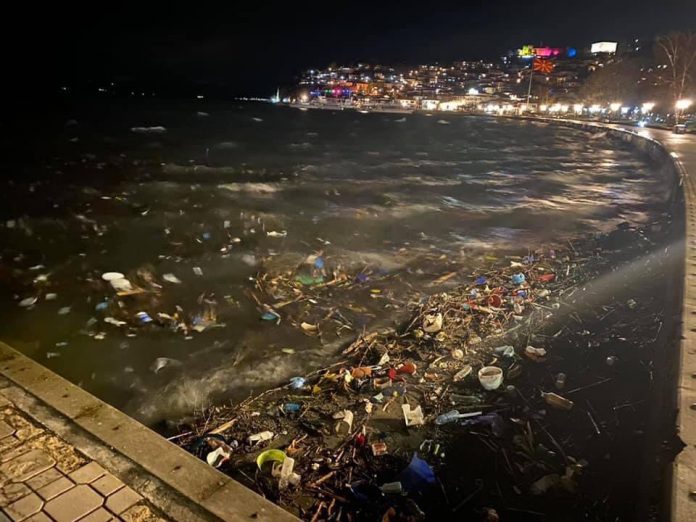 As Lake Ohrid’s UNESCO status is under threat, the Macedonian government has done little to nothing to address concerns which threaten its world heritage status. Meanwhile rubbish was seen floating along the shores of the lake which is the country’s biggest tourism draw card and is dubbed the “Pearl of the Balkans”.

Meanwhile the National Commission which responds to matters concerning UNESCO held its second meeting since the UN organization issued a draft report in which the Macedonian government is criticized for not taking measures against the environmental and aesthetic degradation of Lake Ohrid and Ohrid’s old city core.

The Commission, which is headed by Minister of Culture Irena Stefoska, convened on Tuesday for an online discussion in which it announced a report about the government’s progress towards implementing the recommendations for which it was criticized in the UNESCO report.

The Ministry stated it will release the document to the public once it has been submitted to the World Heritage center.

Meanwhile, the public in Ohrid has been sharing images on social media showing the local government’s inability to deal with the problem of trash littering public surfaces, including the lake’s embankment.

The image below was taken one day before the Ministy of Culture’s announcement for issuing a progress report. In January, UNESCO stated it is going to place Ohrid, which is Macedonia’s only World Heritage site, on the “endangered” list.