Ambassador Nikovski: Macedonia should not attend Saints Cyril and Methodius day together with Bulgaria 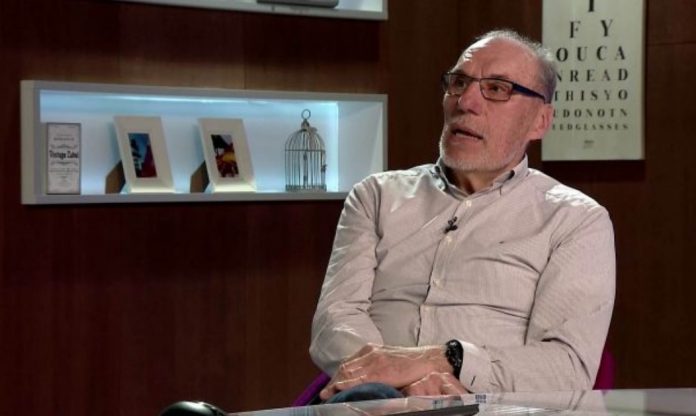 Former Macedonian ambassador to the UK Risto Nikovski criticized Stevo Pendarovski’s announced joint observation of the Saints Cyril and Methodius day in Rome with the president of Bulgaria.

Nikovski maintains that Bulgaria is leading a policy that is openly antagonistic towards Macedonia and Pendarovski shouldn’t be honoring that.

“They should understand that Bulgaria is leading an underhand, aggressive war against Macedonia’s fundamental interests. They are blocking and blackmailing us in Brussels, they don’t recognize any of our values and they demean us as a people. Bulgaria’s President Radev is one of those who has a part in all of this,” wrote Nikovski in his opinion piece for Infomax.mk.

Roumen Radev astonished the Macedonian public earlier this year when he assembled the heads of the Bulgarian security services for a meeting on the subject of “protecting the rights of Bulgarians” in Macedonia.

This happened during a period of publicly heightened relations between the two countries following numerous controversies, including evidence that Bulgarian private companies have been given access to the Macedonian population registry ahead of the census.

Although Macedonia has a historic inheritance of the work of the saints Cyril and Methodius, Bulgaria has made numerous claims that they were ethnic Bulgarians who created the Bulgarian alphabet – a decision which was jointly criticized by Czechia and Slovakia.

Nikovski had approved of a previous statement by Pendarovski this month when he requested of Sofia to decide whether the issue between Macedonia and Bulgaria are of a historic or political character.

Nikovski adds that if the issue is historic, then the Bulgarian blockade on Macedonia’s EU negotiations must be lifted immediately as there is no room for such issues in the talks.

In this view, a move in a positive direction was made by Germany’s ambassador to Macedonia Anke Holstein who told the Bulgarian ambassador that EU requires Bulgaria to specify what is historically correct and what isn’t in the past 100 years.

Nikovski maintains that Macedonia must act on such signals to counter Bulgaria’s initiative in “informing” relevant people in the EU through recent publications concerning the Macedonian language and nation.

At the end of his column, he says, if the Macedonian question is not a priority for the President, then there is no one who can defend it.