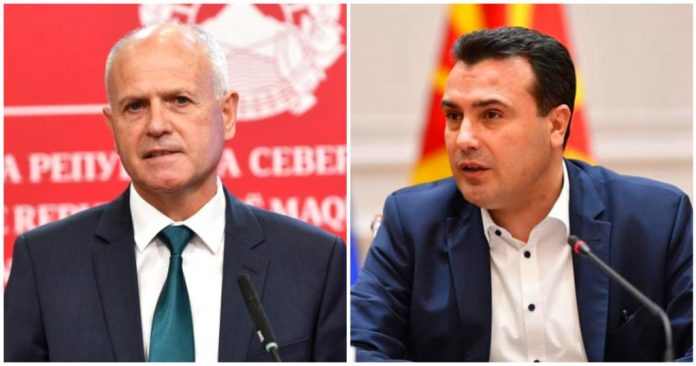 Macedonia’s Inspectorate Director Stojko Paunovski, has been stood down for his refusal to hire 32 unqualified political appointees by the Government yesterday.

Paunovski stood firm on his position that the Inspectorate needs people on the field in the south east of the country, not in the office.

Prime Minister Zaev as well as Deputy Prime Minister for Political Systems, DUI’s Artan Grubi made good on their threats to discharge Paunovski for refusing the appointees.

On the other hand, DUI’s demand was to employ 32 individuals for office work in the towns of Struga, Tetovo, Kichevo and few others that are governed by mayors from DUI.

In a show of force and contrary to the actual needs of the Markets Inspectorate, the Government fired its director.

Upon being handed the news for his discharge, Paunovski stated for the media:

“This was expected. I am sorry it had to be this way because there hasn’t been any confict between me and the Prime Minister.

If there was a conflict, it had occurred in Grubi’s cabinet.

I can only say the following, in the spirit of the Easter holiday: “Forgive them, they don’t know what they are doing.”

Paunovski’s resolve was celebrated by the general public, including SDSM sympathizers and members, for being one of the few people that make professional decisions free from party influence.