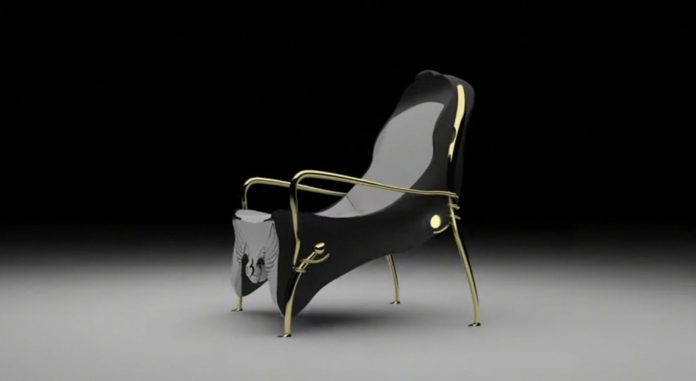 A successful Macedonian artist and designer who has left a significant imprint in his native country by designing the Skopje airport, the Mother Theresa memory house and parts of the Macedonian national theater is working on beautifying the upcoming Olympics in Japan.

Krste Neloski’s latest project is to help bring life to the postponed Japanese Olympics with several impressive designs, including a 30-meter pyramid meant to “unite” the world.

Another design for Neloski includes a chair that melds elements from the Japanese and Olympic traditions into one piece. The design includes multiple symbol elements inspired by sports, doves and children.

According to Neloski, the chair that he named ‘Myafo 2020’ represents “the Japanese coastline in the form of a dolphin. This symbolizes those who compete in sports of the water. The front legs symbolize a child of preschool age who is surrounded by the kind of love that every child in our world should be receiving.”

“The pair of back legs is a mature athlete who appears ready for competition in sports that take place on a dry surface. The front of the chair shows a dove, which is a representation of the sports that have to do with heights.”

Production for the chair is scheduled for February with delivery due in March.

One of Ohrid’s most notable designers has higher ambitions regarding the games in Tokyo. His dream is to have his design of a pyramid that he calls “Peace, Love and Dreams (Wishes) as a symbol of the Olympic games.

He envisions the pyramid to have an area of 45 meters and nearly 30 meters high. The surface of the sides is going to be created of 11,092 doves made of glass. Neloski sees the potential construction of the pyramid as a universal creation that will belong to the entire world and to all of the people who have a vision for a better future.

Elements of Neloski’s designs have been protected by the International Design System (WIPO) at the Hague and his project has received praise and support from the embassy of Japan and from the Olympic committees from several countries.