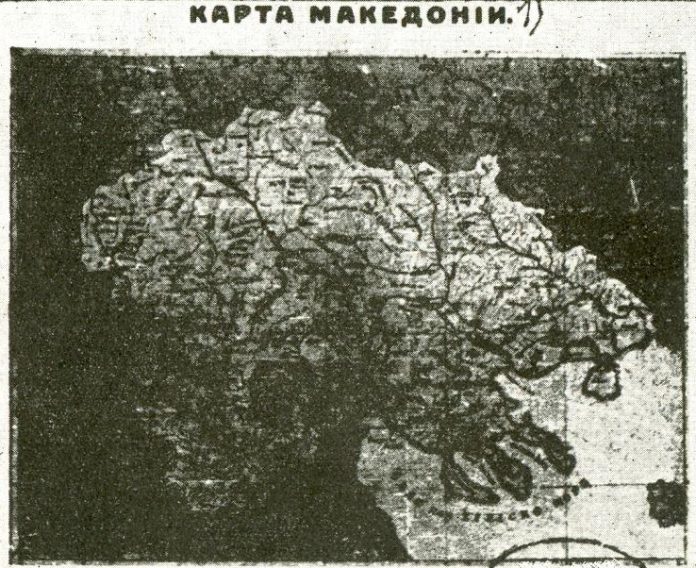 It has been told by the parents of our parents and their parents, that Macedonians have lived under socially difficult and politically complex circumstances for well-over a century. These circumstances presented the people with exceptional pressures and challenges.

At the center of this struggle is the core of the Macedonian spirit. It has been remarked that agents of this or that neighboring country were tasked with the goal of pulling Macedonians from their own kind in order to join a foreign and essentially anti-Macedonian cause.

When life under the Ottomans became excruciatingly hard, the high taxes and inhumane treatment of the population, on several occasions, the lone Macedonians took to arms to give the empire a bloody nose. But it wasn’t the Ottoman empire that caused the most harm to the Macedonian spirit. It was the ambitious neighbors.

How does one battle an intricate war that isn’t fought with weapons, but with propaganda and bribery? The Macedonians weren’t rich to bribe foreign politicians and they didn’t have the means to influence the public opinion in the European capitals, including Sofia, Belgrade, Solun (Thessaloniki), so they took to the written word as the only viable solution to preserving the Macedonian spirit.

It is no coincidence that the champions of the Greek church saw to the destruction of the Ohrid Archbishopy in 1776. The Macedonian church has been the purveyor of spiritual food for the people. When the church was annulled by the Sultan that year, in its place came the Bulgarian Exarchate, which brought its own priests, educators and a whole other agenda.

This is one striking example of the measures the adversaries of the Macedonians had taken in order to disrupt the source of social livelihood and ethnic solidity of the people.

The Macedonian Literary Association founded in 1892 in Sofia was met with fierce resistance coming from the Bulgarian government. The group of friends, which included all of the future VMRO revolutionaries (Dame Gruev, Goce Delchev, Gjorche Petrov, published the newspapers Loza and Makedonski Glas (Macedonian Voice). Their publication and the association were destroyed, culminating in the horrendous torturing and hanging of Aleksandar Karagjulev Ohridski, to whom the folk song Poslushajte Patrioti pays tribute.

It is a fascinating story that Krste Petkov Misirkov, Dimitrija and Nace Chupovski, Dr. Gavril Kostadinov Tasev and others were successful at establishing the Macedonian scientific organization Sveti Kliment Ohridski in Saint Petersburg, Russia but their effort lasted only between 1902 and 1905. The Russian authorities prevented the Macedonians from establishing an association, despite their efforts of presenting names and bylaws that were politically acceptable to the Russians.

Simply said, an organization representing Macedonians could not exist in Russia. Nevertheless, Chupovski and his friends succeeded in releasing several publications and in organizing informal meetings where they discussed the political situation in Macedonia. Chupovski, together with Petar Pop Arsov, organized the All-Macedonian conference in Veles in 1912 where they discussed measures for preserving the unity of Macedonia.

Several decades later, the Serbian state destroyed the Macedonian publication in Zagreb, championed by the likes of Kosta Solev (Kocho Racin), Lazar Lichenoski, Dimitar Gjuzelov and others in 1935. Being a Macedonian and expressing this ethnicity was highly unpopular and outright dangerous in the Balkans. Because of this, the Macedonians in Zagreb did not mention “Macedonian” or “Macedonia” anywhere in their publications, but were nevertheless outlawed because the Serbian government had recognized danger.

The famed Macedonian Literary Circle was established in Sofia in 1936 by Nikola Jonkov Vapcarov, Mihail Smatrakalev, Andon Popov, Todor Janev and Kiril Nikolov. On the occasion of its founding, Vapcarov stated:

We, as Macedonians who write, are in need of a righteous emotional force that is going to kindle our blood, liven our feelings and awaken memories… because, it can be observed, in the past years the Macedonian revolutionary struggle has not progressed and I believe the reason for it is the lack of a living literary force…

The Macedonian Literary Circle and its newspaper were outlawed by the Bulgarian government and the association continued to be active informally, between 1937 and 1942. Nevertheless, the association organized multiple events where Macedonians read poetry.

It can be argued that this was the most fertile instance of all Macedonian literary efforts, but no more or less important than the previous ones. The Macedonian Literary Circle in Sofia provided a support network for emerging Macedonian poets who succeeded in having their works published. Numerous speeches, with a demonstrated Macedonian patriotic character, have been preserved during its existence.

The Macedonians of the revolutionary period had realized that it is impossible to succeed in the struggle for dignity and freedom if the champions of the people are sunk in lowly spirits. In addition to being prepared to fight with weapons, the Macedonians knew that they have to fight with words.

Today Macedonians around the world have enjoyed conditions far more beneficial compared to those of the Macedonian revolutionaries in the past two centuries, and yet, the output in feeding the Macedonian spirit has been sidetracked somewhat by quick entertainment, somewhat by disunity, somewhat by not having an idea where to begin in helping Macedonia or whom to help exactly.

Let these bright Macedonians from our past be our guides for the noble undertakings ahead of us, such as the preservation and rekindling of the Macedonian spirit to its natural, happy, lively essence.