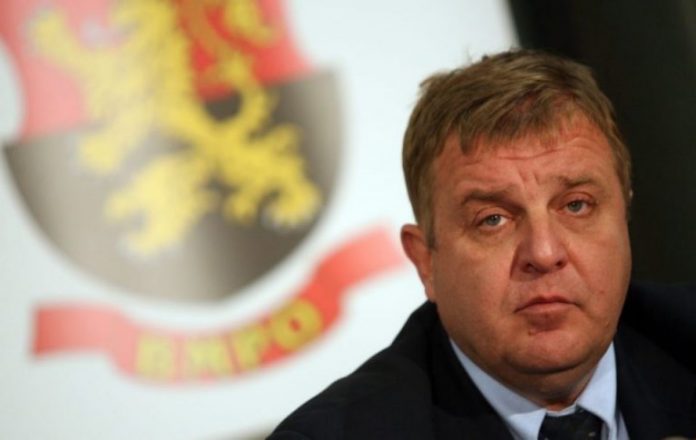 Bulgaria’s Deputy Prime Minister and Minister of Defense Krasimir Karakachanov did not take too lightly the findings of the US state department in the 2020 Country Report on Human Rights Practices in Bulgaria.

The part in the report that summarizes the systemic blockades against Macedonian cultural organizations mentions Karakachanov by name, causing the head of the ultra-nationalist VMRO-BND to lash out at the State Department in a televised interview on the PIK TV channel Wednesday morning. This comes two days after EU parliament MP Angel Dzambazki’s elections campaign video threatened a “terrible end to Macedonia” to which EU officials remained silent.

Karakachanov called the people who prepared the Bulgaria report “good-for-nothings” as he objected to the State Departments recognizing that the associations his government bars from registering with the authorities are founded by ethnic Macedonians.

The Defense Minister, whose party may be squeezed out of power in the coming elections, reciprocated angrily that the United State should recognize a Texan or an Arizonan minority. Karakachanov said, “The politics there (US) is for everyone to integrate and be American. They keep their statehood strong, why should we break ours?”

In the Report on Human Rights Practices for 2019 and 2020 the State Department noted, in passing, that the ethnic Macedonian activist group OMO Ilinden – Pirin is unable to register as an entity with the authorities, while the 2020 report mentions a Macedonian minority and two other organizations.

The State Department’s findings can be considered a small but notable step towards bringing positive change for the Macedonians in Bulgaria and Greece whose governments have prevented cultural associations and political parties from becoming formal entities.

A recent report by an informal Macedonian association in Edessa, Greece, called out the Greek state for violating two international treaties by its decades-long practice of barring Macedonians from learning their native language. The organization demands a stop to the systemic discrimination against Macedonians.

On the other hand, Macedonia’s human rights record in respect to minorities may be seen as exemplary in comparison to Greece and Bulgaria. All of the minorities in Macedonia are represented in parliament by sometimes more than one ethnic political party and enjoy adequate protections by the state.