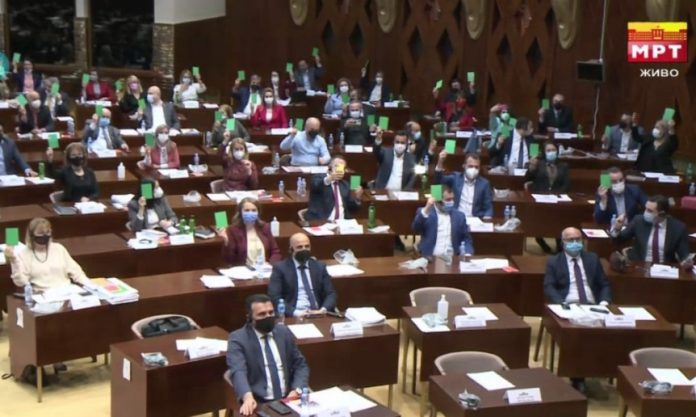 Two ethnic Albanian opposition parties have announced they will block the postponement of the population census, despite previously submitting hundreds of amendments to block the census Law from coming into force.

Now, the Alliance of the Albanians and Alternativa say they are going to block the new law today that will set the new duration for the census operation between September 5 and 30. Interestingly, with the new Law on the census, the Macedonian citizens living abroad will be able to register via the webform until the end of the period.

On Tuesday, the leaders of the two parties held a meeting with Zoran Zaev to discuss the decision to postpone the census. It appears the meeting did give an immediate answer to their demands, which is to relax the requirements for granting citizenship — in violation of international standards.

The coalition vowed to block the Law on posting the population census in today’s vote in Parliament and file legal charges against the Director and Deputy Director of the State Statistical Office.

Following the meeting with Alliance for the Albanians and Alternativa, Zaev stated he will try to find a solution to their proposed amendments. The parties Levica and VMRO have blocked the proposal for changing the Law on citizenship with few hundred amendments.