Kanda – A royal Macedonian tomb pointing to the stars? [Video] 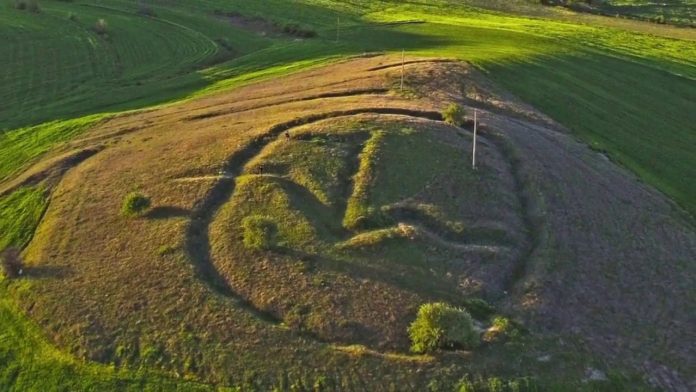 One of the Macedonian wheat baskets, the region of Ovche Pole, conceals a mysterious object that has attracted the attention of international television, historians and adventurers for decades, with new research connecting the site to Alexander of Macedonia (the Great).

The object is a geoglyph – an inscription in the ground and in this case created on top of a man-made hill.

Just like the Lines of Nazca in Peru, the geoglyph, known locally as Kanda, can be seen only from above. Aerial photography shows a circle that encompasses a symbol that is a cross between an arrow and a letter.

Was the geoglyph part of a broader formation of structures in some distant past or is it purely representative of a constellation? 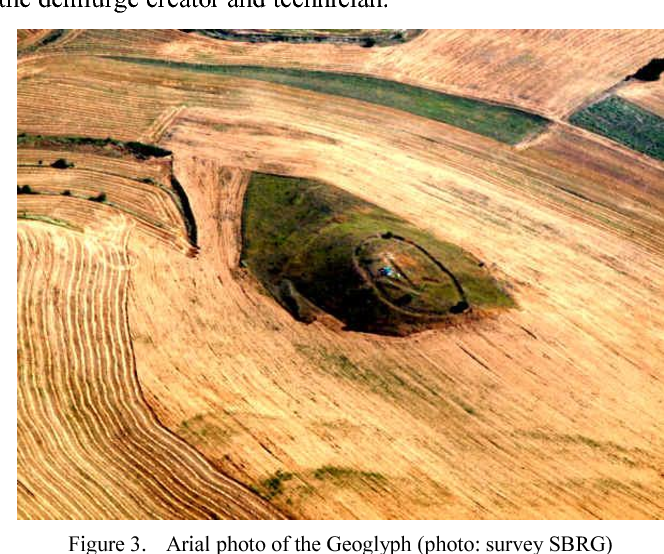 There are many questions concerning the purpose of the geoglyph in Ovche Pole, however with recent research at the site there are indications that this is an area of grand importance.

In 2014, international experts from the UK, Finland, Italy, Croatia and Macedonia performed electromagnetic and environmental tests on the mound to examine its nature. The conclusion was that it is not a regular hill.

Debertolis, Tentov, Nikolić, Marjanović, Savolainen, and Earl published a joint paper in 2016 in the Journal of Anthropology and Archaeology.

Unlike the soil around it, which is fertile and always under cultivation, the mound consists of a grainy mix of sand, pebbles and soil. This is in stark difference from the rest of the surroundings.

The nearest location where the ground has a similar composition is the village Knezhje and Knezhje is the location of the ancient Paeonian capital city, BylaZora and palace of Macedonian royals. 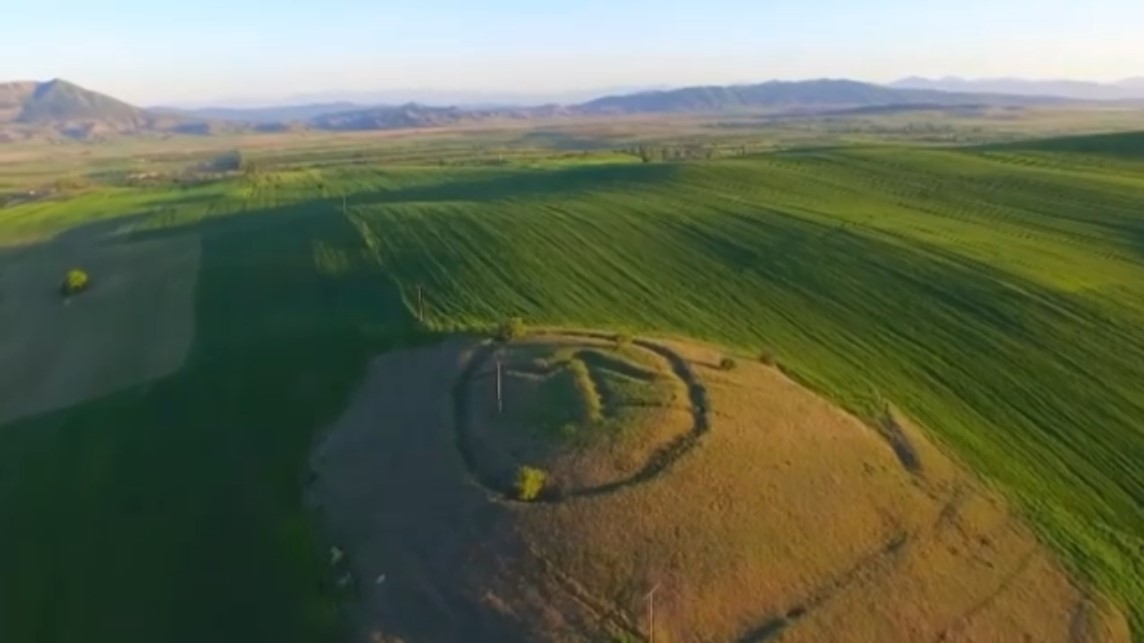 This is strong indication if not proof that at least the top section of the structure was built by Paeonians or directly by Macedonian royals.

There is little coincidence in the fact that the geoglyph is located very close to the Paeonian capital city Bylazora.

If the object is indeed built by the Paeonians then it may have had multiple purposes, ranging from being a holy site or the center of religious ceremonies serving as the royal treasury of Bylazora. 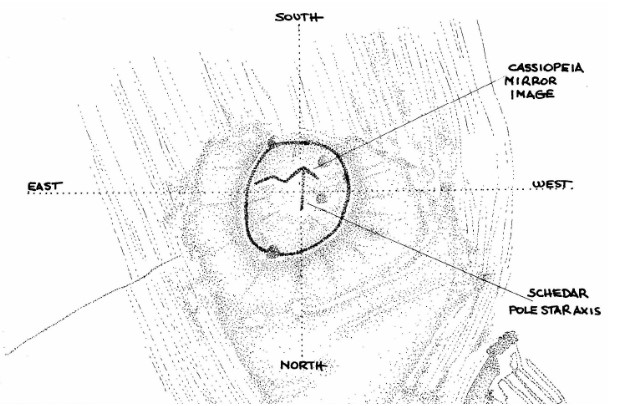 One of the possible use is for the final resting place of a Macedonian or Paeonian royal of which a research report argues.

The most fascinating, but not least plausible supposition, was made by the scientists in the paper mentioned. Debertolis and the rest suggest that the shape of Kanda is an astronomical representation of the constellation Cassiopeia.

According to the paper, “aside from the shape of the constellation of Cassiopeia, the symbol also contains a line aligned with the Meridian that resembles the line connecting the star Schedar in Cassiopeia with the Pole Star.”

But it goes even farther than that. These scientists have proven that for a short span of days, the symbol is in perfect alignment with this constellation.

“For only a few days at the midpoint of summer at sunrise, Cassiopeia stands in the Zenith vertically above the Earthly plane on the latitude and longitude of Sveti Nikole (41.8656 ° N, 21.9373 E). During this alignment, Cassiopeia and its mirror image on the geoglyph perfectly mirror each other” – Debertolis, et. al. 2016

A further inquiry into historic events in the Macedonian region has revealed that the ancients may have made the mound and the mark on it to celebrate the life of Alexander the Great. 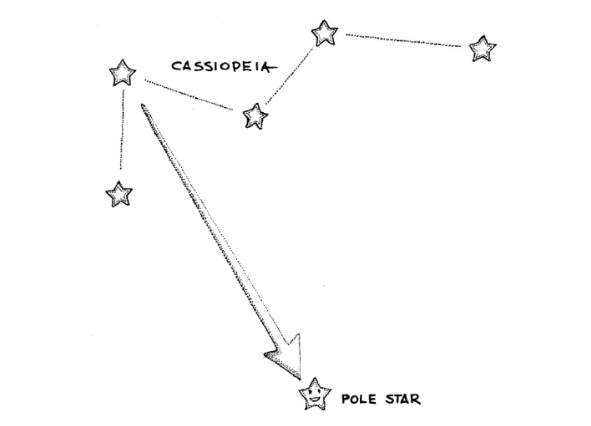 The paper cites a line from Plutarch’s Life of Alexander, about Alexander the Great ‘s birthday on the “sixth of Hecatombaion” which falls in the period from 21 to 23 July. Since the Sun is an ancient metaphor of a king, (Biedermann, 1998) sunrise is the metaphor of his birth.

If the Macedonians or Paeonians were not responsible for creating the symbol on Kanda and if the aligned constellation of Cassiopeia relating to the birth of Alexander is a coincidence, there remains one more solid explanation to the origin of Kanda.

Two or even three millennia before the Paeonians and relate the geoglyph to the ancient civilization that utilized the rock formations at Kokino for a megalithic observatory.

Investigation by experts has proven that the outcroppings in the rocks at Kokino were used for observing the movement of the sun and the moon since at least the Bronze Age. NASA lists Kokino as one of the most important ancient sky observatories in the world.

The distance between Kanda/Bylazora and Kokino is about 70 kilometers and there is little doubt that the whole region was populated by the same ancient culture.

In that view, Kanda may be one of the last remaining objects belonging to a highly skilled culture that has thrived in Macedonia since the dawn of humanity.

The territory of the Paeonians and their ethnic brethren, the Agrianians, corresponds to the same area, making them a likely extension of this ancient civilization which has transferred the star-reading knowledge to them. 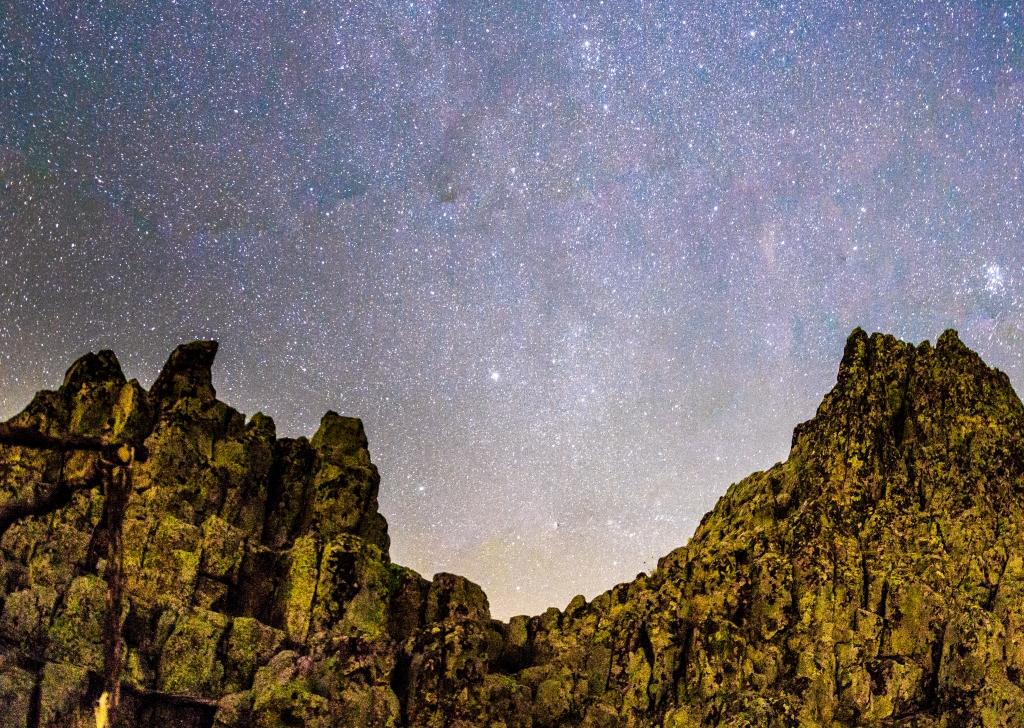 Government not open to investigate

It is important to note that the Macedonian authorities have refused to investigate the inside of Kanda even though the international group of experts has proved at an international conference that there is a chamber underneath the mound.

As we’ve written recently, the archaeological site at Bylazora was long-neglected and much of the uncovered remains of the ancient city are being affected by the elements.

Notable is that Bylazora, like many other archaeological sites around Macedonia has been targeted by tomb raiders.

Although locals have pointed to evidence of illegal digging on the foothills of the geoglyph, thankfully there are no sign that someone has succeeded in penetrating the ground wall in order to reach the chamber.

Many questions may be answered if the authorities will finally decide to explore the Macedonian geoglyph for what it is. Reaching the alleged chamber may prove the age of the object and potentially, its purpose.

Some of those who’ve been fascinated by the geoglyph enough to come to Macedonia and see it themselves, are the makers of Ancient Aliens. Although the show has made some sensational conjectures, it does keep an inventory of all the unexplained, mysterious locations around the world – and Kanda is one of them.