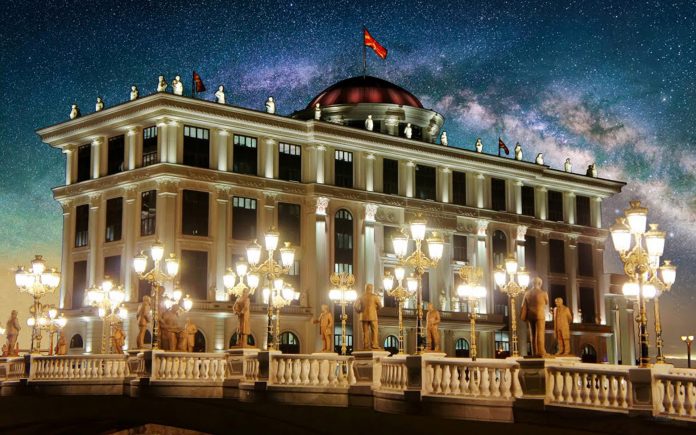 The Macedonian Foreign Ministry has declared a Russian diplomat in the country a “persona non grata,” requiring the individual to leave the country within seven days from May 14, with no firm reasons given for the move.

According to a Press Note from the Ministry, the action has been taken in accordance with Article 9 of the Vienna Convention on Diplomatic Relations.

Notable is that the MFA note and the statements which various media had cited as coming from MFA’s don’t correspond. The Ministry’s website hasn’t provided an official explanation for its decision.

President Pendarovski, however, commented briefly that the case is documented by the relevant institutions and that “there is no room for improvisation.”

Official Moscow recognized the expelling of the diplomat as an “unfriendly act” on the part of the Macedonian state. A note from the Russian Foreign Ministry reads: “We strongly condemn the act which has been undertaken without a reason and will impact the relations between Russia and North Macedonia. Appropriate measures are to follow”

This is not the first diplomat from Russia that has been extended a “persona non grata” letter. In 2018 Then foreign minister Nikola Dimitrov cited “evidence of the diplomat trying to obtain classified information” and solidarity with the UK” in the case of the Skripal poisoning, and

Recently, Bulgarian media speculated that the expelling of a Russian diplomat from Bulgaria may be related to a series of fires at weapons and ammunition depot in the country.

Facebook
Twitter
WhatsApp
Linkedin
Email
Previous articleA small number of tickets for Macedonia’s EURO 2020 released – here is how you can secure your spot
Next articleKanda – A royal Macedonian tomb pointing to the stars? [Video]