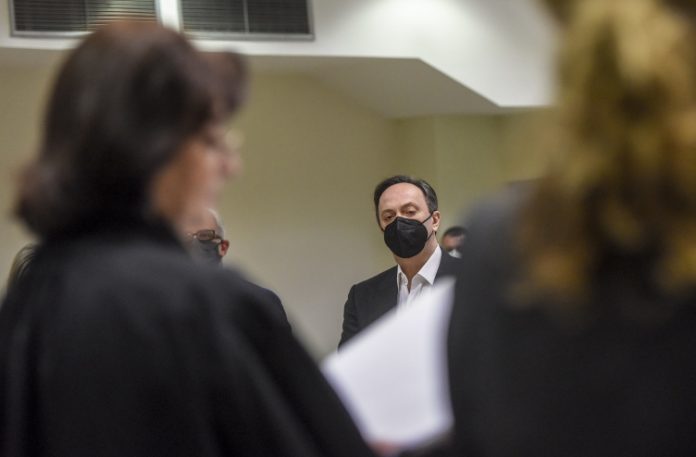 The former head of the Macedonian intelligence agency and wealthy businessman Sasho Mijalkov has been given an 8-year jail sentence for the case “Tresor”.

The primary court for criminal offences in Skopje processed Mijalkov for abusing his position at the Agency for Security and Counterintelligence (UBK).

According to the proceedings, Mijalkov and other high-ranking officers from the agency were able to acquire the electronic communications equipment by circumventing the legal procedure, resulting in the group pocketing 820,000 euros.

Charges in the case Tresor are in addition to the verdict for his role in the Target-Tvrdina (Target-Fortress) case where Mijalkov had been indicted for the ordering of thousands of telephone conversations to be secretly recorded thanks to the high-end communications software purchased from a company in the UK.

Mijalkov was handed a 12-year jail sentence for this case. He remains under temporary arrest until 26 April.

Mijalkov fought the charges by presenting expert analysis showing that a foreign group had tapped into the telephone conversations that current Prime Minister Zoran Zaev began releasing to the public starting in February 2015.

The leaked conversation “bombs” ultimately caused international pressure and a long-lasting political crisis that caused the downfall of the government of VMRO-DPMNE which had enjoyed overwhelming support.