Serbian Security Director – Bulgarians “want Macedonia as their own” 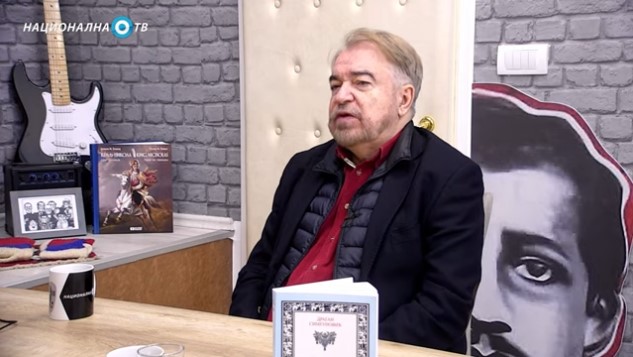 The Serbian ambassador to Sofia was summoned to the Bulgarian Foreign Ministry following remarks by Serbian Director of the National Security Academy for outlining past Bulgarian atrocities and current appetites over Macedonia.

Director Dragan Simeunovikj comments on Serbian TV were described as “anti-Bulgarian” by Sofia.

Talking about his impressions of Bulgarian occupation on the south-east part of Serbia, Simeunovikj commented:

“The Bulgarians are known for committing atrocities in all the places where they set foot. They even had rape brigades. The family of my grand-grandfather, including a pregnant women whose child had been torn from the womb, along with four other children, were all burned alive. They murdered priests and teachers, they instituted the Bulgarian language and education in schools.

The Bulgarian army was known for committing a rare kind of torture. The Germans killed, but the Bulgarians tortured. They impaled children on bayonets, they raped women in front of their family members. This they did in south Serbia and in today’s Macedonia.”

Simeunovikj reflected that Bulgaria’s ambition to conquer is evident today: “Their appetites are, everything up to Krushevac belongs to Bulgaria. Everything up to the river Morava. I think that even today, Bulgaria has the same territorial appetites.

As you can see, this is what they do to Macedonia. You can’t believe this is happening in the 21 century. This is greed. They want to take Macedonia and declare it as their own.”

According to the Bulgarian news agency, the Bulgarian Foreign Ministry has declared that Simeunovikj’s remarks are a “shameless demonstration of the kind of speech responsible for creating a lasting hate towards Bulgaria and the Bulgarians.” The Ministry has summoned the Serbian ambassador to demand an apology.

Dr. Dragan Simeunovikj says he believes that the states and peoples of the Balkans have a good perspective only if there is mutual harmony and lasting peace. According to him, Serbia and Bulgaria can enjoy better relations, but not at the price of historic revisionism.

The University professor’s remarks have come at a time when Bulgaria is gripped by anti-Macedonian rhetoric and official requests for historic revisionism, as it has been made known from the negotiations between the two countries. Bulgarian politicians in the governing coalition and MPs from the parliamentary majority have voiced disparaging comments towards the Macedonians which don’t reflect Bulgaria’s stated commitment to provide support to Macedonia in its bid for EU membership.