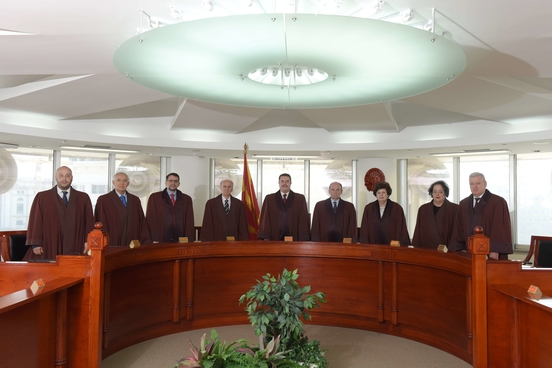 The Macedonian High Court is expected to review seven petitions filed against the constitutional amendments resulting in the changing of the country’s name from Republic of Macedonia to Republic of North Macedonia.

Parliament had ratified the signing of the Prespa Agreement between Macedonia and Greece and went on to enact the final changing of the name of the country by means that circumvent standard legal parliamentary procedure while violating the constitution, which is a legal offense according to Law.

Although the petitions are expected, considering the failed name-change referendum and former President Gjorge Ivanov’s refusal to sign the ensuing order, there is high probability that the Constitutional Court will not honor them with due deliberation.

Some of the petitions were submitted by law experts; university professor Dr. Tanja Karakamisheva, attorneys of law and political figures, like the President of the political party Glas za Makedonija, Solza Grcheva.

The news portal Republica has quoted commentary from one of the petitioners, attorney of law Tome Todorvski. According to him, the role of the President of the National Assembly (Talat Xhaferi) doesn’t have a mandate nor jurisdiction to enact the changes in the constitution which led the name change of the country.

Todorovski stated that the unconstitutionality of the act as it was carried out without the approval and signature of the President of the state, Gjorge Ivanov.